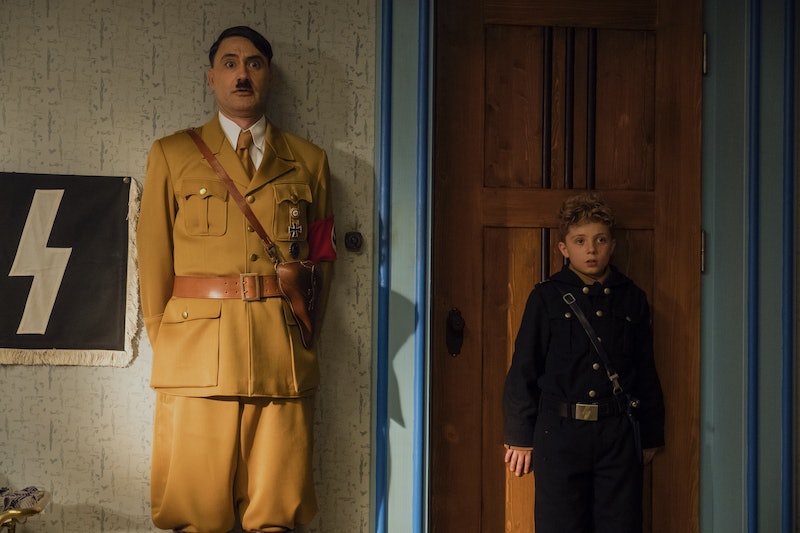 A movie about a young boy living in Nazi Germany whose imaginary best friend is Hitler might not be your idea of fun. But, if you're trying to watch all the movies that were nominated for the 2020 Academy Awards, then Jojo Rabbit should most definitely be on your list. It scored a total of six nominations, including Best Picture and Best Supporting Actress. Unfortunately, Jojo Rabbit might be difficult to stream before the Oscars.

The film isn't currently available to stream for free, but you can easily buy it on any number of services. Google Play, iTunes, Prime Video and Vudu all have it for purchase at $19.99. If you wait just a few more days until Feb. 18, you'll be able to rent it everywhere for a cheaper price, most likely ranging from $4.99 to $5.99 per rental. The movie is also still in theaters if you can't wait.

The new Taika Waititi movie really has to be seen to be believed. Jojo Rabbit gained the attention of critics for its satirical approach to a period of time that has been revisited so many times before. It has also been criticized for the same satirical tone, which some deem not effective enough, a dangerous approach that could easily backfire and end up downplaying the atrocities committed by its Nazi characters.

It's true: it would be impossible to conceive a whimsical film about a young Nazi and his friend Hitler and make it completely free of controversy. Waititi himself never set out to make a movie everyone would love. "I never wanted to make something that was very easy, because for me, if it’s too easy, then what’s the point?" he told Deadline in an interview.

Even Scarlett Johansson, who stars in Jojo Rabbit, has some trouble explaining the movie's plot. "I mean, the logline sounds crazy," she told The Washington Post, “so any time anyone asks me what it’s about, I end up going down some rabbit hole, no pun intended. You kind of have to see it.”

So why not watch it and find out for yourself?