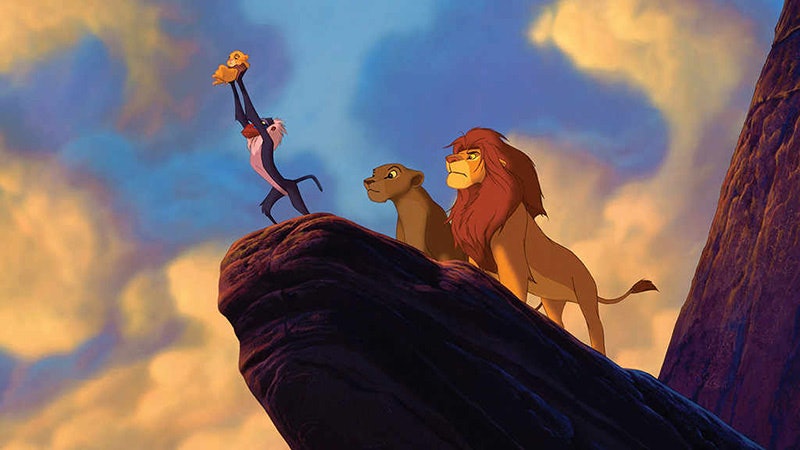 Disney's latest live-action remake of an animated classic, The Lion King, hits theaters on July 19, featuring actors like Beyoncé, Donald Glover, Chiwetel Ejiofor, Seth Rogen, and Billy Eichner. The original animated feature film, released in 1994, also utilizes an all-star voice cast, including James Earl Jones (who's reprising his role as Mufasa in the new film), Matthew Broderick, Whoopi Goldberg, Jeremy Irons, and Nathan Lane, among others. The story, as you probably recall, is a revamped version of Shakespeare's Hamlet set in the African Savanna and retold with wild animals. Looking to stream The Lion King before the 2019 remake hits theaters? You'll have to spend a little, but it'll be worth it.

With a recognizable story, singable tunes from Elton John and Tim Rice and a score by Hans Zimmer, The Lion King Was a huge smash, has earned almost a billion dollars worldwide, and has remained a staple of the '90s Disney Renaissance ever since. But The Lion King unfortunately isn't streaming on any subscription sites like Netflix, HBO NOW, or Amazon Prime, nor is it rentable on any platform. But you can buy it on a bunch of sites, and why wouldn't you want to? It's a total classic. The Lion King can be purchased on Amazon, Vudu, iTunes, Google Play, and YouTube for anywhere from $14.99 to $19.99.

It's surprising to think back on now, but The Lion King wasn't met with all positivity upon its 1994 release. There were criticisms about it's depiction of race and class among animal societies. As the Associated Press reported in '94, the criticisms leveled at the movie included accusations of it being "sexist," "racist," "homophobic," and "violent." The piece quotes psychologist Carolyn Newberger's piece in The Boston Globe, which recounted what she determined to be the stereotypes displayed by the film, saying, ″The good-for-nothing hyenas are urban blacks; the arch-villain’s gestures are effeminate, and he speaks in supposed gay cliches.″

However one takes the criticisms of the 1994 version today, there's no doubt that the 2019 movie is going to have to address them, update them, and omit what could be considered problematic from a 2019 standpoint. Some of the casting issues have already been addressed. While the original movie featured a number of white actors voicing characters that live in the African Savanna, the new version includes more people of color. Jones has returned as the noble Mufasa, Simba is now played by Glover, Nala by Beyoncé, and Ejiofor takes over as the villain Scar.

The House of Mouse has churned out a number of these live-action remakes so far, but there's one major difference between The Lion King and other movies like Aladdin, Dumbo, or even The Jungle Book, that have come before: The Lion King features no human characters. The entirety of the film was "shot" using 3D computer animation, so it's understandable that some people are confused about whether or not it actually "counts" as live action.

Even the film's director isn't sure of what to call it. "It's difficult because it's neither [live-action or animation], really," director Jon Favreau told a group of journalists, per Slash Film. "It depends what standard you're using. Because there's no real animals and there's no real cameras and there's not even any performance that’s being captured that’s underlying data that's real. Everything is coming through the hands of artists."

In that way, the new version of The Lion King might end up being just as huge a technical feat as the original, and it might see a similar box office turnout as a result. There's no doubt that it looks really cool. But before you head to the theater, it's not a bad idea to stream 1994's The Lion King to appreciate its original hand-drawn artistry.