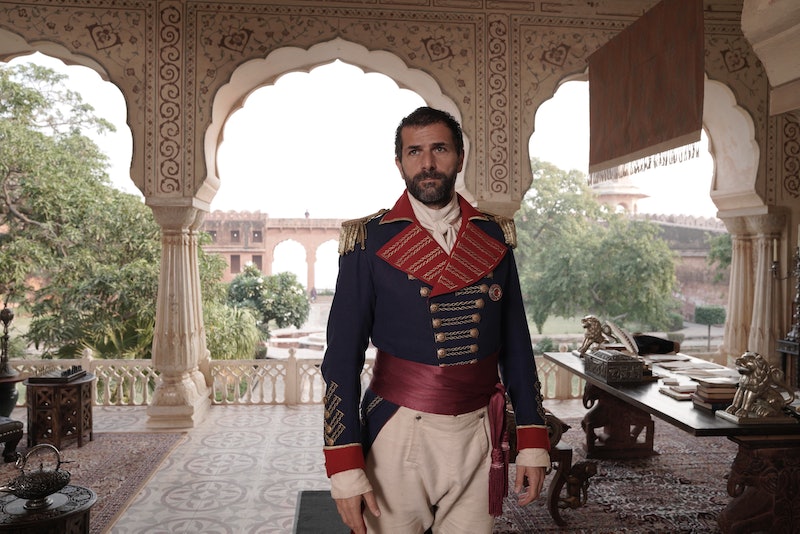 ITV's latest period drama Beecham House transports viewers all the way to Delhi, India, and follows the lives of the Beecham family as they embark on a new chapter in life. The series is set in 1975, prior to British rule in the Indian region, and the cast of the drama includes Vanity Fair's Tom Bateman, Downton Abbey star Lesley Nicol, and many more. But what else is there to know about the new series? And where was Beecham House filmed?

According to The Scotsman, filming of the ITV drama first began in both India and the UK back in August 2018, and as reported by the Radio Times, production then continued across India in locations such as Jaipur and the state of Rajasthan. Spectacular filming spots featured throughout the new series include the 300 year-old Chomu Palace, the Samode Palace, the breathtaking Amber Fort, and the iconic Taj Mahal. Actor Tom Batemen, who portrays the character of John Beecham in the drama, revealed that the last day of filming took place at the historical Taj Mahal landmark — and due huge crowds surrounding the tourist hotspot, filming wasn't exactly a breeze.

Endeavour star Dakota Blue Richards, who plays Margaret Osborne in Beecham House, has previously discussed the difficulty of filming in such a highly-populated part of the world. According to the Radio Times, she revealed, "we filmed from across the water. Which meant that we didn’t have to contend with the crowds of tourists. But we did have that on quite a few of our other locations, so when we were shooting, a lot of the emperors' palace stuff, there were up to a thousand maybe more people with their phones out filming us. They would clear the space behind us so they could shoot on us — and then everything else was just full of people!"

According to the Express, the ITV series centres around an ex-soldier named John Beecham (Batemen) and his family. The family patriarch acquires a new mansion close to India's capital city, and sets out on a new chapter in which he hopes to become a respected member of Delhi's trading community. However upon their arrival, it's clear that some trials and tribulations are in store for the Beecham family. A short ITV synopsis of the new series reads, "Set on the cusp of the 19th Century in Delhi before the British ruled in that region, the drama depicts the fortunes of the residents of Beecham House, an imposing mansion surrounded by acres of exotic woods and pristine lawns."

The period drama was created by Gurinder Chadha, who is perhaps most notable for her work on the 2002 Brit-flick Bend It Like Beckham. During an interview with ITV, Chadha revealed that she saw Beecham House as a "passion project," and used the series as an opportunity to tell "diverse, emotionally engaging stories for mainstream international audiences."

You can catch first episode of Beecham House at 9 p.m. on Sunday, June 23 on ITV1 — and according to the Radio Times, the second episode will then air the following day in the same time-slot, on Monday, June 24. The remainder of the ITV show will then continue to air weekly on Sunday nights, and I don't know about you, but Beecham House sounds like the perfect slice of Sunday night TV drama.