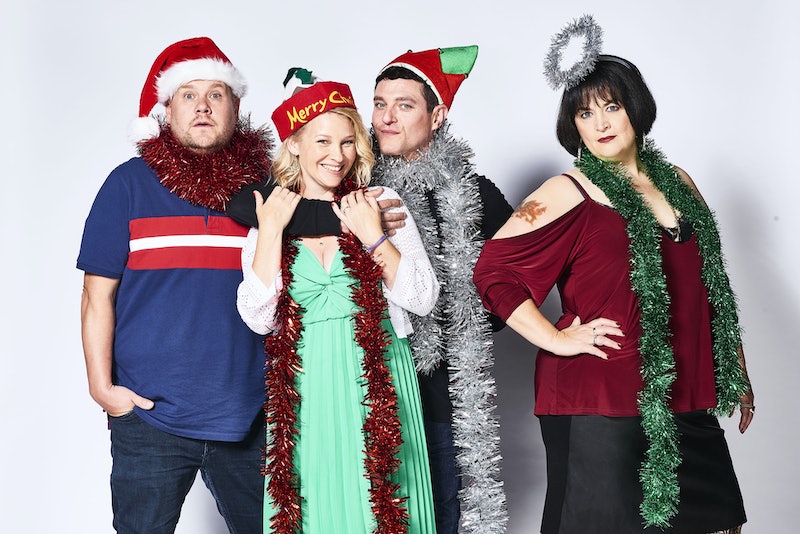 One of Britain's most beloved comedy shows of all time, Gavin & Stacey, is coming back to our screens this Christmas with a festive special that's sure to satiate those funny family friendly TV needs. But while the OG series were set in Wales and Essex, where was Gavin & Stacey actually filmed?

The show has many now-famous locations that you can actually visit IRL. And despite part of the story being set Essex, all of the programme was actually made in Wales, as Radio X reports. According to Heart, Trinity Street in Barry Island has three of the popular filming locations. Uncle Bryn's house, Gwen and Stacey's home, and Dorris' pad. All on the same road! Familial convenience dream am I right?

Gavin's parents house — the location of many iconic scenes and take aways, isn't actually in Billericay but Dinas Powys in Wales, according to Heart. One of the most beloved characters from the show, Ness, famously worked in the amusements and slots, and the characters often frequented Marco's Cafe. Well Marco's Cafe is a real actual place on Barry Island, as are the amusements, meaning you can get your skates on and take a gazillion selfies outside them.

The Independent reports that Larry Lamb, who play's Gavin's dad Mick said that locals weren't too happy to have the production in town when the first season was being filmed. He told the publication that things were initially a bit rocky:

"The first time we ever filmed in Barry, I'll never forget it. We were doing a travelling shot and there were kids throwing rocks at us, the police had to give us an escort."

The show has since become so beloved that it has definitely raised the profile of the locations it's filmed in. And the latest bout of filming caused quite a stir, especially when Ruth Jones chose to go and talk to fans in character as the much beloved Nessa. She basically told them to pipe down. Sounds like our Ness.

The Gavin & Stacey Christmas Special will air at 8:30p.m, Christmas Day on BBC One.

More like this
'The Undeclared War' Took Inspiration From This Gavin & Stacey Location
By Maxine Harrison
'Sherwood’s Filming Locations Hold Deeper Meaning
By Rachel Mantock
The 'Love Island' Contestants *Do* Know Who Gemma's Dad Is, After All
By Maxine Harrison
Ralf Little’s Fiancée Has A *Very* Impressive Resumé
By Sam Ramsden
Get The Very Best Of Bustle/UK