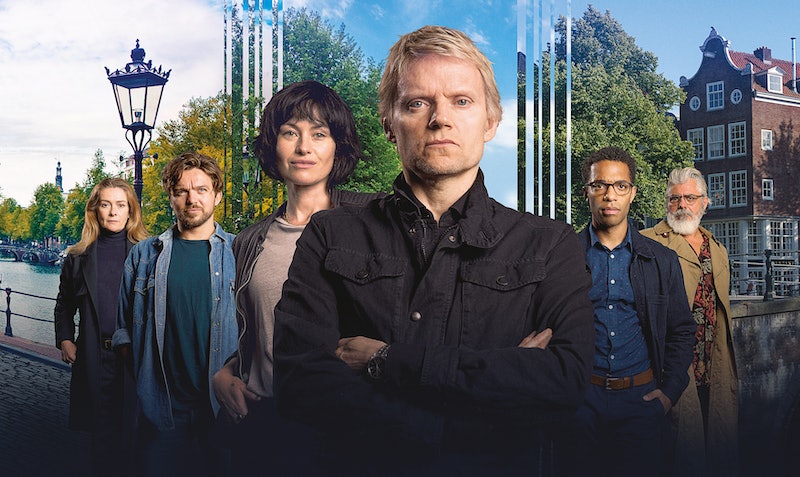 A cynical, yet highly intuitive Dutch detective is the centre of ITV's latest Sunday evening drama. Brought to us from the writers of Midsomer Murders, the series follows detective Simon Van der Valk as he takes on a string of criminal cases with the assistance of his trusted longtime partner. But what else is there to know about ITV reboot? And where is Van der Valk filmed?

Well, the drama is set within the city of Amsterdam, and staying true to the show's script, Van der Valk was filmed entirely on location in the Netherlands capital. As the Radio Times reports, because filming of the new series began in July 2019, unlike many other upcoming films and television shows, the drama's planned schedule isn't likely to be effected by the coronavirus outbreak.

Similar to the original series, which aired sporadically between 1972 and 1992, the three-part crime drama follows the investigations of detective Simon "Piet" Van der Valk and his team, as they tackle a string of high-profile cases in the worlds of art, politics, fashion, and beyond.

The drama is a revamped version of the original ITV series which first aired throughout the 1970s and early 1990s, and saw Barry Foster take on the leading role. As Variety reports, Van Der Valk is also loosely based on the novels penned by Nicolas Freeling, and after nearly thirty years off the air, this classic character is getting a very modern update.