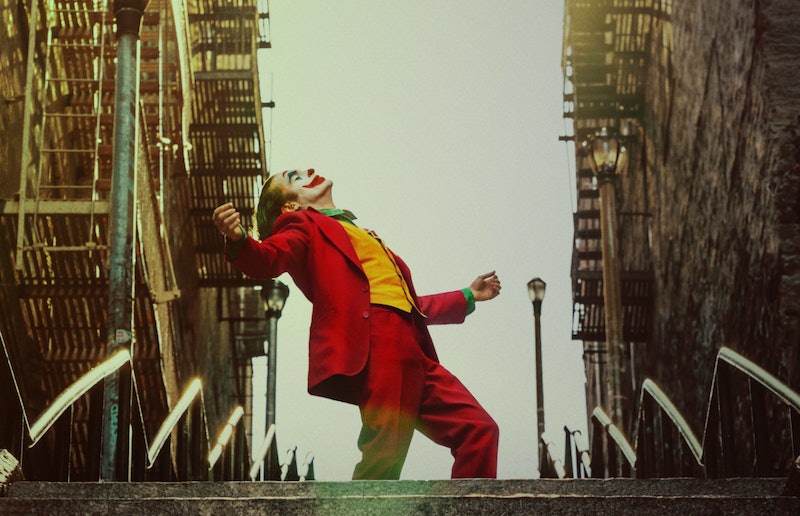 The upcoming film Joker is putting a new spin on an old character. Batman's nemesis has been around in the comics since 1940, and has already been portrayed on the big screen by Cesar Romero, Jack Nicholson, Heath Ledger, and Jared Leto. Now Joaquin Phoenix is offering up his own interpretation, and the film is the first to tell the Joker's origin. The character will be coming into his own in 1980s Gotham City, which looks especially gritty and grimy. So where was Joker filmed to capture such a bleak and ominous setting?

Numerous real world cities have stood in for Gotham on screen over the years. The Dark Knight trilogy largely used Chicago as its Gotham, the Tim Burton Batman films used their own original city design, and the DCEU houses its Gotham in New Jersey. But in most instances, including in select scenes from all of the above franchises, Gotham is closely associated with New York City. Gotham is even one of the many nicknames for New York, and the name adorns numerous businesses in the city. So it is no surprise that Joker filmed largely in New York City, with some additional filming taking place across the Hudson River in Jersey City.

Often when people think of New York City, they think of Manhattan. Times Square, Central Park, skyscrapers like the Empire State Building and the Chrysler Building — these and many other popular iconic sights are all located within Manhattan. But Manhattan is just one of five boroughs that make up New York City, along with Queens, Brooklyn, the Bronx, and Staten Island, and Joker incorporated several of them when creating its vision of 1980s Gotham.

The film is known to have filmed some scenes in Manhattan, specifically in the uptown neighborhood of Harlem, which had several walls painted to resemble a rundown amusement park, according to The Curious Uptowner. There were numerous scenes filmed in the Bronx, including the staircase the Joker is dancing on in the film's poster. Those stairs are located at Anderson Ave & W 167th St. in the Bronx, and they can be seen multiple times in the film. Brooklyn got in on the action, too, with filming taking place in the borough's DUMBO neighborhood, according to rereleasenews.com. And we can't forget Queens. The largest borough played host to a bank robbery at the First Central Bank in Astoria, according to onthesetofnewyork.com.

But filming for Joker wasn't confined just to the five boroughs. The production also went outside the city limits to New Jersey, with both Newark and Jersey City serving as locations for various scenes in the movie. Jersey City especially plays an important role in the film, as the movie was the largest production ever in the city, according to NJ.com. Perhaps most notably, the city's Brennan Courthouse acts as a stand-in for "Wayne Hall," where a press conference and huge protest take place in the film.

Joker's commitment to filming in New York and New Jersey should only strengthen the ties between the fictional Gotham and the real one, proving once and for all that when it comes to depicting Batman's (and the Joker's) hometown, there's no place better than the Big Apple.