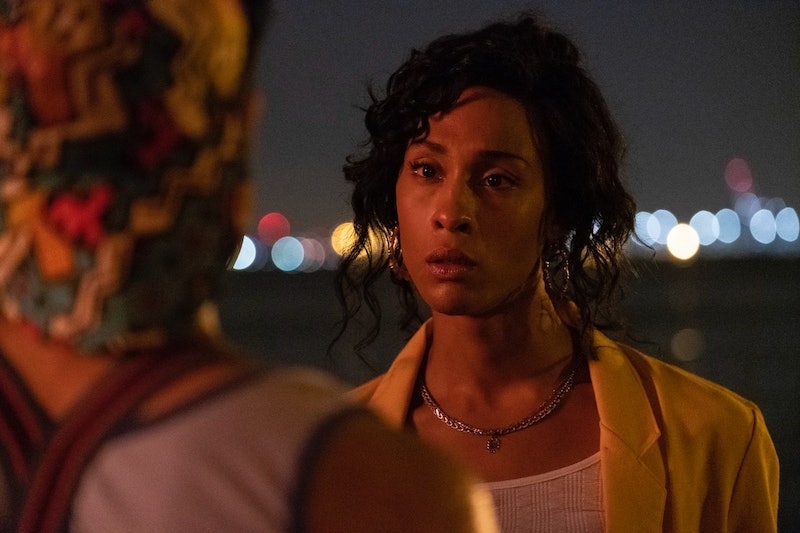 As U.S. series Pose arrives on UK television, viewers will be welcomed into the world of 1980s African-American and Latino ball culture. The series tells the story of a black transgender woman, who after a serious medical diagnosis, decides to make some major changes in her life. The groundbreaking show is set in New York City, but where was Pose filmed?

According to Deadline, production on Pose's first season began in New York City back in October 2017, and the New York Post reports that the series has since filmed at a string of notable hotspots across the U.S. city's five boroughs — including at the Brooklyn Museum, the Loew’s Moorish movie palace on 175th Street, and the Red Hook pier. According to Vulture, the FX series also used the Chelsea Square Restaurant, a diner located within the Chelsea neighbourhood of New York City, as a filming location throughout much of the first season.

As previously reported by Bustle, Pose will begin airing in the UK on Thursday, March 21 at 9 p.m. on BBC Two. The series follows black transgender woman, Blanca Rodriguez-Evangelista, who spends her days working at a nail salon. However, by night she is a member of the House of Abundance — her alternative family, made up of black and Latino gay and transgender youths. After being diagnosed as HIV positive, Blanca then decides to open up her own house, named the House of Evangelista.

Pose creator Ryan Murphy, the man behind other major U.S. shows such as Glee and American Crime Story, has previously opened up about the emotional aspect of piecing together the cast and crew of the series — many of whom never imagined they would be given an opportunity to work within mainstream television. According to Variety, Murphy revealed that the casting process was reminiscent of his early years, in which he struggled with acceptance as a young gay man from his family and other people in his life at the time.

Speaking of his casting experience on the show, Murphy revealed "When I got to call the actors [on Pose] on the stage and say 'Hey you got the part,' that was a very fulfilling, emotional experience. There were times when I felt that I was never going to be allowed to show the best of who I am. Me getting to help people do that now — it's very powerful."

According to the Hollywood Reporter, Pose made waves during the 2019 awards season when actor Billy Porter, who plays Pray Tell in the series, was nominated for a Golden Globe in the best actor in a drama TV series category. Porter has previously discussed his part in the show, which often highlights issues such as the discrimination against the gay and trans community, and the HIV/AIDS epidemic of the late 1980s.

During an interview with The Hollywood Reporter, the 49 year-old said "I lived through the HIV/AIDS crisis. So, Ryan and the rest of the team entrusted me with telling a very specific story. It was ugly, and it was scary. Many of my friends didn't make it. As a survivor of that era, I feel honoured to tell this story. Everyone I lost, I felt their spirits with me the entire way."

This article was originally published on March 20, 2019