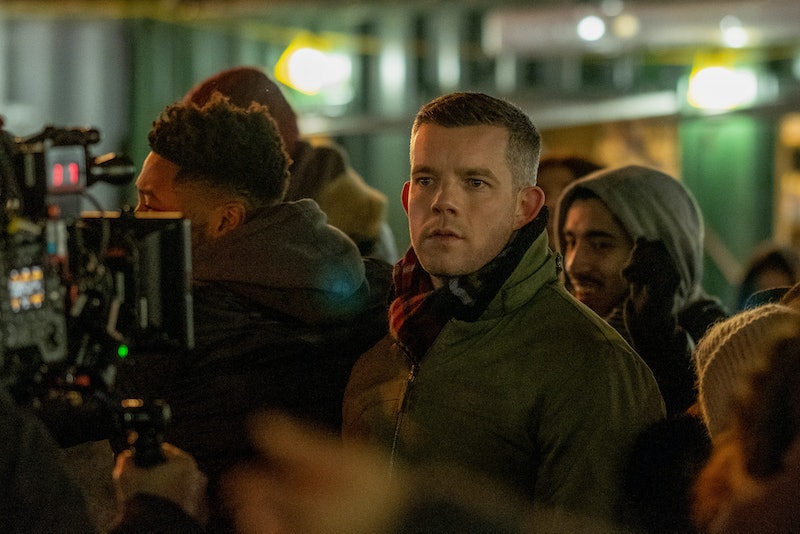 Have you ever questioned what it would be like to follow a fictional family grow and change over 15 years into the future? Well, Years And Years is doing just that. Created by Russell T Davies, this BBC drama focuses on the Lyons — a family from Manchester who viewers will watch traverse the political, social, and technological changes in their lives from the present day to 2034. And seeing as the show is set in one of the UK's largest cities, it's already got me wondering where was Years And Years filmed?

I've reached out to Red Production Company and a representative of the show for some insight on the filming locations, but have yet to hear back. I'll let you know if I do. But from what I've found, it seems as though the majority of filming for Years And Years took place in Manchester. As independent organisation I Love Manchester reports, the show was announced in June 2018 and began filming the following November in and around the city. According to news site Mancunian Matters, the show began filming on Nov. 28, and was "scheduled to film until March 2019. While there aren't many reports on exact locations, The Bolton News some scenes were shot in Le Mans Crescent and Odessa Cafe in Exchange Street two months ago. "They spent an afternoon filming here and it was interesting to watch," owner of Odessa Cafe Alex McVey told the publication.

It also seems that the cast were pretty open to sharing their time on set on social media, specifically T'Nia Miller (who plays Celeste), Russell Tovey (who plays Daniel), Maxim Baldry (who plays Viktor), and Lydia West (who plays Bethany). Through their Instagrams, it seems to confirm that Years And Years was shot primarily in Manchester and Salford. However, the most detailed info regarding the filming locations came from Davies, who also shared that production went north-west to Liverpool for a scene where Bethany "celebrates her 18th birthday in the year 2025," as he wrote in the caption.

Judging by their pics it looks like the cast had a blast portraying the Lyons, which isn't surprising as the main takeaway from the series is the strong bond the family shares. "You're watching a domestic drama about a family in Manchester and it just happens to be set around what's going on in the world," Tovey said in an interview with the BBC. "[Y]ou just hope the audience connect with all of them and want to hang out with them."

Rory Kinnear (who plays Stephen) also highlighted the importance of family in Years And Years, and how it's a "family saga" being explored over a decade and a half. "Russell's vision is of an oncoming time that isn't too distant and the depiction of it feels quite real," he said. "It's not all flying cars, it's a very tangible future and that sense of a family saga being played out against global politics and national politics feels utterly plausible, but fictitious."

Boy, I can already feel that I'm going to get a strong emotional attachment to this family, that's for sure.