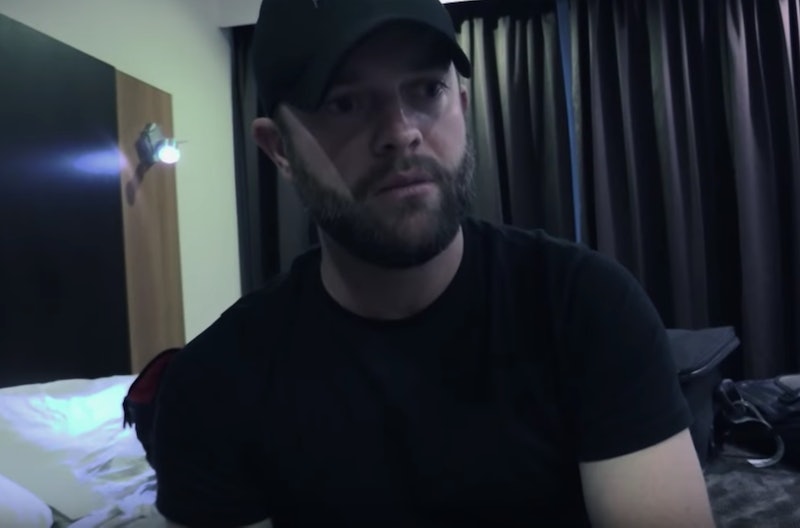 In the new Netflix special Sacrifice, out now, mentalist Derren Brown tests a person's suggestibility by attempting to get them to sacrifice themselves for someone else. The subject of Sacrifice is man named Phil who comes from Florida and works as a city maintenance worker. Without giving the ending of Sacrifice away, the Netflix special follows Phil being put to the test, as the psychological subject of Brown's whims. So where is Phil from Sacrifice now? It sounds like he's back in the U.S. with his wife and now three children, but as a changed man.

In an interview with Metro, Brown revealed that the experiencing the set of experiments in Sacrifice, which tested Phil's ability to take more chances and step out of his comfort zone, had a lasting impact. "The whole thing has been so transformative for him. It has changed a lot for him. Which is great. He is really excited about it being released," Brown said.

As Brown's voiceover in Sacrifice explains, the Floridian faces great financial pressure. Brown says that Phil directs his frustrations over his financial situation towards undocumented immigrants, so in Sacrifice, Brown tries to set up a situation where Phil would jump in front of a bullet in order to save one such person. It's an intense and potentially controversial plot, and frankly many will likely be surprised to hear that Phil's looking forward to people seeing Sacrifice. Even just in the trailer, you see Phil proclaiming, "I say kick 'em out, I say kick 'em all out," in regards to undocumented immigrants in the U.S.

Speaking over the phone recently, the mentalist tells Bustle that he and Phil still stay in touch. Not only that, but Phil has joined a whole group of past subjects of his Netflix specials' mental tests, including Chris from The Push. Brown had Phil return to England to watch Sacrifice and meet the other graduates from the mentalist's widely-viewed experiments.

"I got [Phil] to meet the other guys that remained friends that have done previous shows ... so they have sort of a little network almost," Brown tells Bustle. "There were three of them there, that’s a very niche group of people that have been through these kind of things. It was important to me that Phil would have that support, conversation after it goes out." It truly is a specific niche to find oneself in after being subjected to Brown's distinctive, and sometimes terrifying mental-manipulations. But it seems that none of them regret being a part of them.

While Phil's last name and exact whereabouts haven't been published following the Netflix special's release, it sounds like the unsuspecting subject of Sacrifice doesn't have any hard feelings after being tricked by Brown and the team of actors who'd told him he was on a reality show with six other contestants. Phil was really the only subject of Sacrifice, and he didn't shy away from declaring his bias against Mexican immigrants. In the end, though, Sacrifice puts those biases to the test in an intense way that may have changed the man forever.