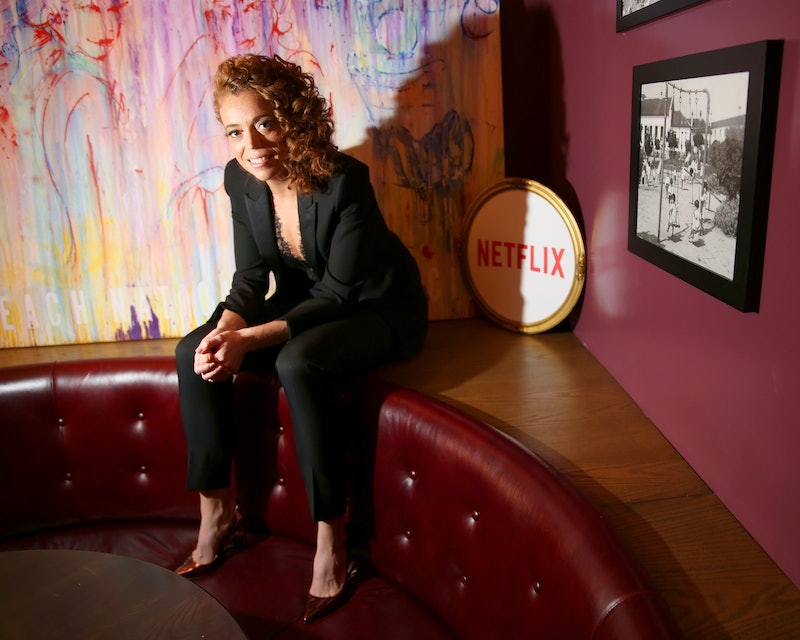 The day after its annual dinner for both politicians and the press, the White House Correspondents' Association addressed Michelle Wolf's jokes in a statement posted on Twitter. While Margaret Talev, the association's current president, didn't directly apologize for monologue, she did convey the belief that it wasn't in line with the association's "mission" to avoid dividing people. Wolf's performance at the dinner had Twitter in an absolute frenzy on Sunday morning, and people appear just as torn over the WHCA's most recent statement.

You can read it in full:

I want to tell you how much your kind words meant to me following my personal remarks at last night's White House Correspondents' Dinner about the roots of my belief in journalism's essential role.

I also have heard from members expressing dismay with the entertainer's monologue and concerns about how it reflects our mission. Olivier Knox, who will take over this summer as our president, and I, recognize these concerns and are committed to hearing from members on your views on the format of the dinner going forward. Last night’s program was meant to offer a unifying message about our common commitment to a vigorous and free press while honoring civility, great reporting and scholarship winners, not to divide people. Unfortunately, the entertainer’s monologue was not in the spirit of that mission.

Every day we are working hard to advocate for our members and ensure coverage that benefits the public, and the dinner is an important opportunity to highlight and maintain our essential work. The White House Correspondents' Association remains dedicated to that mission.

On one hand, some people bashed Wolf's jokes for supposedly coming down on Sarah Huckabee Sanders' physical appearance. "I actually really like Sarah. I think she’s very resourceful," Wolf said at one point. "She burns facts and then she uses that ash to create a perfect smoky eye. Like maybe she’s born with it, maybe it’s lies. It’s probably lies.” Wolf pushed back at claims the joke made fun of Sanders' appearance, though, when she tweeted:

Why are you guys making this about Sarah’s looks? I said she burns facts and uses the ash to create a *perfect* smoky eye. I complimented her eye makeup and her ingenuity of materials.

At the same time, there were also lots of people who respected the way Wolf called out Sanders for lying to journalists while at the podium. In their eyes, Sanders' "despicable behavior" as Wolf called it, needs to be recognized so that journalists can do their job. The fact the WHCA apologized for being blunt, they claim, is problematic. In response to the WHCA's statement, for example, journalist Lauren Duca tweeted "Journalism is about holding power accountable by empowering the people with information." For anyone of that mindset, the WHCA's concession was a disappointment.

In fact, a former Republican representative pointed out a pretty glaring double standard: if Sanders gets an apology from the WHCA or Wolf, then Trump needs to apologize to all of the people he's physically insulted, The Hill reported. And for the record, you have to admit the list is pretty long no matter where you stand politically. Joe Walsh tweeted:

Then Trump must apologize to everyone he's taken an ugly, personal attack at these past few years. There's very little dignity on either side right now. We're divided. It's gonna get worse. It's as it should be. Grow up.

Chances are, this won't be the last you hear about the latest WHCA statement and the WHCD jokes. As World Press Freedom Day approaches on Thursday, the conversation concerning who needs to be held accountable will become more and more relevant.