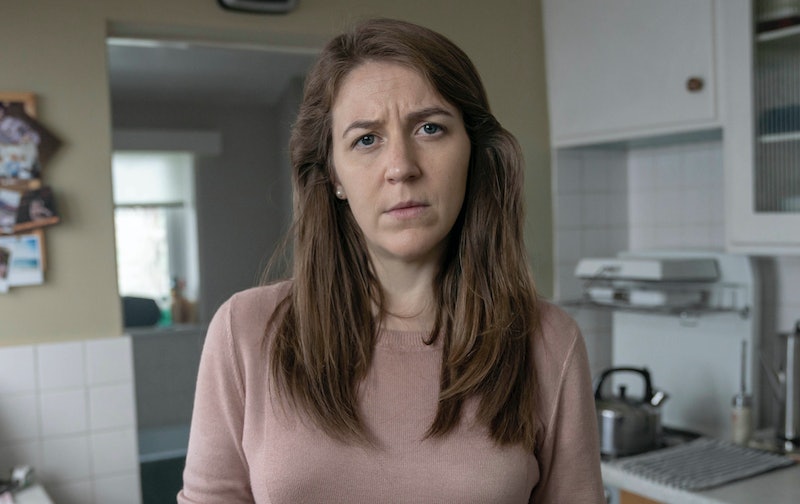 Luckily we're in an age where complex and engaging female characters are leading the bill in countless TV shows, and ITV's newest true-crime drama is packed full of them. Fans of Game Of Thrones will recognise White House Farm's Ann instantly, as the actor also played Yara in HBO's famous fantasy series, but what else is there to know about Gemma Whelan and her role in White House Farm?

Although Whelan has been involved in a vast range of project, the biggest and baddest show you'll probably know her from is Game Of Thrones, as previously mentioned. Whelan played queer feminist icon and war lord Yara Greyjoy, sister of Theon Greyjoy and member of the ruling family of the Iron Islands.

"It's really fun to play the more meek half of a sibling set-up in Gentleman Jack, because Anne certainly is the more forward  of the two," she said, adding, "but then, it's always nice to play a variety of roles."

Whelan is a busy working mum and Indie Wire reports that she gained a lot of online attention after she shared a photo of herself breastfeeding her baby while in full costume as Yara. Speaking to Indie Wire, she said, "It had quite an impact that picture, I just put it up 'cause I thought it was fun, but if it helps to normalise things, that's great."

Whelan is currently starring in White House Farm, a true-crime drama set in 1985. The series is based on the horrifying real-life case in which five members of the Bamber family were found brutally murdered in their Essex farmhouse. Whelan plays Anne Eaton, a cousin of the Bamber family. Joining Whelan in the cast is Cressida Bonas, Freddie Fox, and fellow GoT alum, Alfie Allen.

More like this
The Banned 'Friends' Ad Shows Monica As You’ve Never Seen Her Before
By Sam Ramsden
Con O'Neill Was Connected With Sarah Lancashire Long Before 'Happy Valley'
By El Hunt
'Bridgerton' S3 Will Show A *Very* Different Side To Kanthony
By Sam Ramsden
Twitter Is Burning As Phoebe Dynevor Reveals Daphne’s 'Bridgerton' Exit
By Sophie McEvoy
Get The Very Best Of Bustle/UK
Sign up for Bustle UK's twice-weekly newsletter, featuring the latest must-watch TV, moving personal stories, and expert advice on the hottest viral buys.