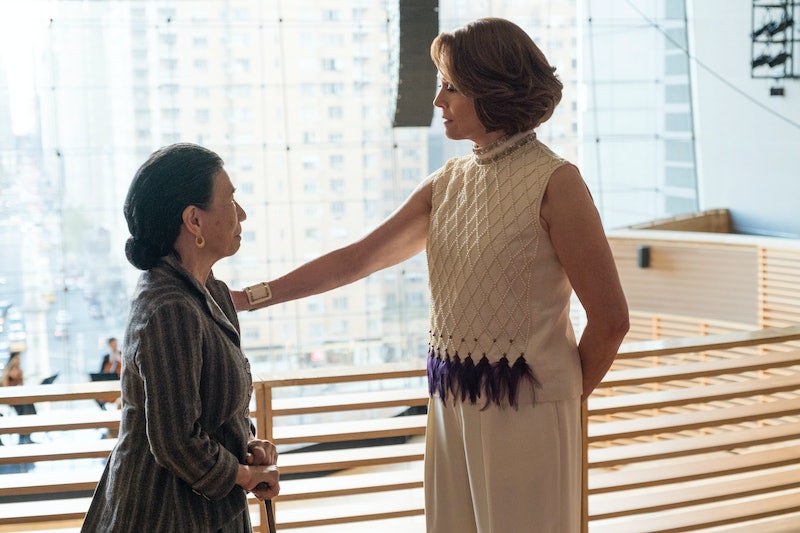 In the four Marvel shows leading up to The Defenders, street level heroes Daredevil, Jessica Jones, Luke Cage, and Iron Fist all fought different villains in different New York City neighborhoods. Not only are the heroes uniting in the new series, but a connection between some of their adversaries is revealed midway through the first season. Spoilers for The Defenders Episodes 1-4 follow. Who are the Five Fingers of The Hand in The Defenders? At least two members of this hero team have encountered this organization before the team-up.

The organization known as The Hand was first mentioned in Daredevil, thanks to characters like Nobu and Madame Gao. Later, in Iron Fist, fans learn that Danny Rand's duty was to defeat The Hand and protect K'un-Lun from them — something he failed at spectacularly, but here we are.

In Episode 4, Stick sits three of the four Defenders down and does a little expositional story-telling. Jessica Jones is busy doing her own private research. (She's not much of a team player.) Matt Murdock's former mentor tells the boys that once upon a time, the elders of K'un-Lun wanted to harness their chi energy and use it to heal. But there were "five heretics among them" who became the Five Fingers of The Hand. They wanted immortality and power rather than healing and were therefore banished from K'un-Lun. The five are all from different countries and ruled over their respective domain before joining together once again.

Their leader is known to the Defenders as Alexandra, the glamorous and wealthy antagonist played by Sigourney Weaver. She is the only one who truly acts her (immortal) age. The other fingers, so to speak, are Madame Gao, a character Luke Cage encountered named Sowande, a man named Murakami, and Colleen's former mentor Bakuto — who Danny, Davos, and Colleen believe died at the end of Iron Fist Season 1.

Until now, Madame Gao seemed to be the Hand's leader, but it appears that Alexandra has a bit more clout. Still, Gao and Bakuto are the only established characters who've been decently established so far. Sowande appears for the first time in The Defenders as an African warlord who sets up shop in Harlem and recruits kids to do his dirty work.

In addition, Stick says that Murakami was pulling the strings behind the Daredevil villain Nobu and might be simultaneously the most secretive and the most evil of the whole bunch. As of Episode 4, at least, his identity is unknown. According to IMDb Murakami is played by Japanese actor Yutaka Takeuchi.

So this explains why the Hand is so well-established all over the world and so good at hiding in plain sight. They have the experience. However, it doesn't explain why they have chosen now to act, or why they have all congregated in New York. Is it to help Alexandra stay alive? Is it because all of these heroes have started rising? How does Stick even know them to begin with? Why do they always seem to need or have a Black Sky, and what is that exactly?

Every answer leads to a dozen more questions. That said, it's a relief to finally have some concrete information on what The Hand is and what they want. The Defenders need to know what they're facing if they ever want to become a team.