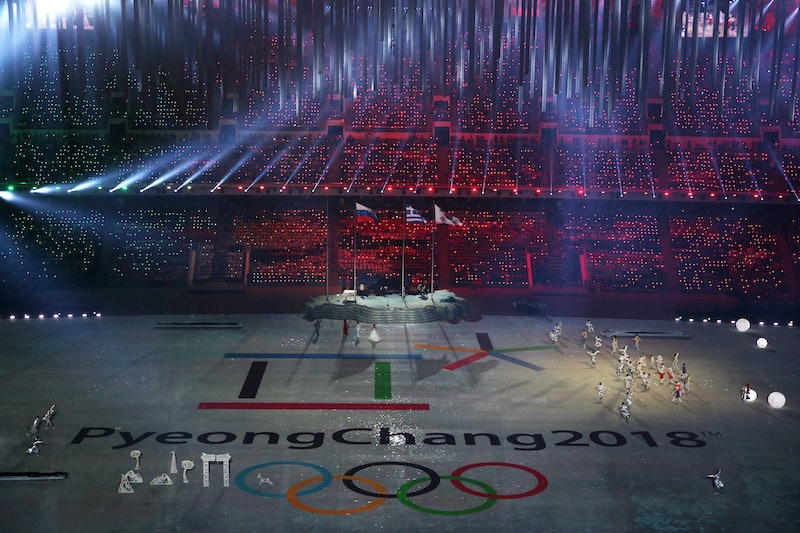 Song was named executive creative director of the opening and closing ceremonies for the 2018 PyeongChang Olympics back in 2015, before the Rio Summer Olympics even occurred. "It is a great honor to join PyeongChang 2018 as Executive Creative Director for the 2018 Olympic Games' Ceremonies," Song said at the time of the announcement. "I will devote my best efforts to orchestrate exciting and memorable ceremonies." Song also has support in the form of executive producer Yang Jung-woong — who is the president of the PyeongChang Olympics planning committee. "I am very pleased to have Song Seung-whan on board with us," Yang said. "His experience and creative talent will prove to be valuable assets in producing ceremonies that will harmoniously connect our passion, tradition, and cosmopolitan culture to the international audience.”

As the PyeongChang Olympics site notes, Song started his entertainment career as an actor in the theater and on television. But he's best-known for creating the non-verbal musical Nanta, which started in 1997 and is the longest-running show in South Korea. The story is about chefs preparing a wedding feast and the actors use kitchen utensils as percussive instruments. While there is barely any talking in the show, TheaterMania noted how Nanta (known as Cookin' in the U.S.) incorporates martial arts, drumming, dance, comedy, and music and the show has reached international audiences.

The Nanta website states, "From the planning stage, Nanta was designed to target the global audience." The main goal was to reach Broadway and Nanta succeeded as it was the first show from Asia to make it to the theater scene of the Big Apple. It ran at the off-Broadway New Victory Theater in 2003 and the Minetta Lane Theater (also off-Broadway) from February 2004 to August 2005. As Song said in an interview with K-Scoop in 2016, "I wanted to connect people from all over the world and let them have a peek into the Korean culture. As Korean was not easily understood by people outside of Korea, I decided to use rhythm, beats and tunes to tell the story instead and thus Nanta was born."

For the 2018 Olympics, the opening ceremony theme is "Peace in Motion." Song will convey this message by portraying a winter fairytale landscape. In this land of childlike wonder, five children from rural South Korea will experience adventures. The opening ceremony will also highlight the nation's culture and history and Song promised during a Jan. 23 press conference that there'd an "exciting event" for lighting the Olympic cauldron.

Along with the peaceful fairytale, the opening ceremony will incorporate popular singers from South Korea. Although the Olympic committee is trying to keep these performers a surprise, Billboard reported that some indie singers will be performing, with one of them joining up with a popular South Korean rock band.

But the biggest takeaway from the opening ceremony should be peace. "Peace is the most important message, as we are the only divided country in the world," Song told reporters at the Jan. 23 press conference, per the Nikkei Asian Review. "We want to let the world know about the pain of division and our desire for peace."

So while you'll have to wake up early for the 2018 Winter Olympics opening ceremony since it starts at 6 a.m. ET, Song's vision should be worth it. Because even though it takes places in the PyeongChang Olympic Stadium (which seats 35,000 people) and is broadcast across the world, the importance of something as intangible as a child's dream for peace will still shine through.

More like this
Jude Bellingham’s Superstar Football Talent Runs In The Family
By Maxine Harrison
Jill Scott’s Millions Are Still Coming Home
By Darshita Goyal
What To Know About Martin Bashir After Watching 'The Crown'
By Bustle UK
The 'Love, Lizzo' Harry Styles Scene Is Just 1 Moment That Made Fans Feel Seen
By Brad Witter
Get Even More From Bustle — Sign Up For The Newsletter