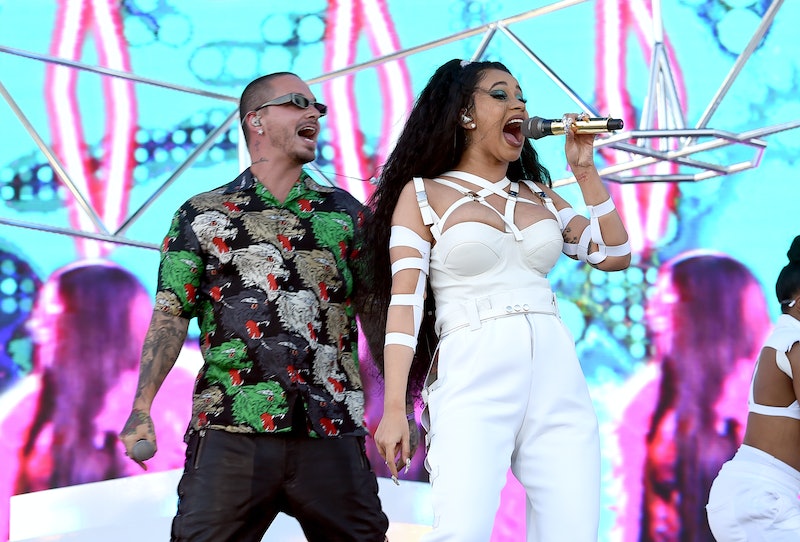 Everyone knows the Grammy Awards are a huge deal — the ceremony is called music's biggest night for a reason. But even those who religiously tune in year after year might not be too familiar with the ins and outs of who decides the Grammy winners. The nuts and bolts of the voting process actually are involved, but not too complicated, and thankfully, the Recording Academy has even been making strides to increase diversity and recognize more deserving artists who may have been overlooked in the past.

Grammy honors are voted upon by members of the Recording Academy, who are usually performers, songwriters, producers, engineers, and other kinds of music professionals. According to the Grammys' site, to become a voting member of the Academy, there's a long list of qualifications you must possess, including adequate sales information, discography listings, recording credits, and two recommendations from music industry peers, just to name a few. Even if you apply, you're not guaranteed a spot in the Academy — you must then be approved by the Academy's Peer Review Panel and sent an invitation.

There's not a lot of recent information about how many total voting members are in the Recording Academy, but Billboard reported in 2014 that there were about 12,000 at that time. And, in an effort to boost the diversity and inclusivity of those who are deciding on Grammy wins, the Academy invited 900 new members last year. All of the new additions were female, and/or a person of color, and/or under 39 years old, per another Billboard report.

Tina Tchen, Diversity & Inclusion Task Force chairperson, said that reaching out to those underrepresented communities is a huge priority, as they'll lead the awards to better reflect the realities of the music industry.

"A key issue of having the Recording Academy reflect the broad industry and even more, the broader population, is to make sure we’re reaching out to people who are currently underrepresented in the current Academy membership," she told Billboard. "And we know there are not enough young people in the Academy membership even though we have amazing young artists who are making music, who have the credits to get in and they are our future. It’s important to reach out to them."

Once membership is sorted out, according to the Grammys' site, the whole voting process then starts when Academy members and record companies submit recordings and music videos released during the eligible time frame. Those submissions are screened by hundreds of experts who set aside all judgment on their artistic value or technical accomplishment, and simply ensure the recordings meet all the Academy's qualifications and are placed in the correct genre fields.

Then, ballots are sent to voting members of the Academy who vote in various categories within various genres, sticking to their own areas of expertise. Ballots are counted, and a list of nominees is born. The same process is repeated for final voting, and thus the winners are born.

Vox reports that there's also a committee within the Recording Academy that reviews voters' choices. The review committee makes adjustments in the ceremony's biggest categories if they feel it's necessary, and was apparently established after Lionel Richie's "Can't Slow Down" album beat out Bruce Springsteen's "Born in the USA" and Prince's "Purple Rain" — a decision Vox reports was largely unpopular and "helped create the public perception that the Grammys were cut off from what 'good music' meant."

No matter what matters are taken, there are still usually controversies over Grammy winners. But hopefully through this involved voting process and the strides the Academy is making toward diversity, fans won't be disappointed in the upcoming honors.