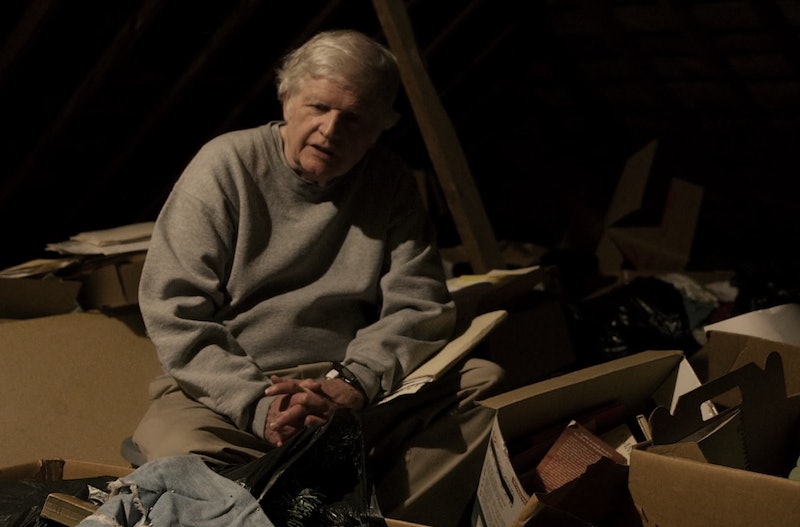 In 1970, a young nun named Sister Catherine Cesnik was found dead in Baltimore after months of being missing; her murderer was never apprehended. Now, Sister Cathy’s tragic end, as well as allegations of sex abuse that might have contributed to her death all those years ago, are getting propelled into the spotlight by The Keepers, Netflix’s new true-crime documentary series. It’s in no small part thanks to the efforts of journalist Tom Nugent, who appears in The Keepers, that the story didn’t completely fade away from public consciousness.

As Nugent says the very first minutes of The Keepers’ first episode, he spent 30 years of his career as a freelance journalist, going wherever he could to find news worth reporting. “It’s been a life of wandering around and finding a good story,” he says, rummaging through the boxes in his attic until he finds a copy of the article that partially inspired the documentary. Titled, “Who Killed Sister Cathy?: One Of Maryland’s Coldest Murder Cases Heats Up,” the 6,000 word investigation first appeared in the Baltimore City Paper in 2005, and it was recently re-released on the newspaper’s website in anticipation of the Friday, May 19 Netflix premiere.

Nugent was not the only person to look into theories that Cesnik’s death was connected to reports of sexual abuse at the school where she taught, Archbishop Keough High School. Those allegations were first made public in 1994, when “Jane Doe” (who also came forward for the Netflix series) filed a civil lawsuit against the Archdiocese of Baltimore, claiming that a priest named Father Joseph Maskell allegedly not only sexually abused her but allegedly showed her the nun’s body before it was eventually discovered by police. According to The Baltimore Sun, Maskell denied the accusations until his death in 2001 and he was never charged in connection to Cesnik's murder. The Archdiocese of Baltimore, who employed Maskell and oversaw Keough, stated on their website that "when suspicions arose regarding Maskell in 1994, he was interviewed by the police and also by The Baltimore Sun about the allegations of sexual abuse and also about the murder of Sr. Cathy." And, in a statement to Bustle, the Archdiocese acknowledged the sexual abuse accusations against Maskell:

Nugent’s career goes far beyond the events at Archbishop Keough. According to an "about the author" page for his book, prior to his time with the Baltimore City Paper, Nugent also worked as a features reporter at The Baltimore Sun for five years. Before that he worked with the Detroit Free Press, the New York Times, The Washington Post, The Chicago Tribune, The Boston Globe, The Nation, MIT Technology Review, Mother Jones, and Stanford University magazine. His 1973 book about a devastating flood in West Virginia, Death at Buffalo Creek, was nominated for a Pulitzer Prize, and he is currently writing another book revisiting the tragedy called The World They Lost.

However, the Catherine Cesnik case clearly affected Nugent deeply, because he has continued to follow up on his independently-run news blog Inside Baltimore, where he reports on individual allegations made by the women who claim they experienced sexual abuse at Keough in the late ‘60s. His work brings to mind similar articles written in The Boston Globe, which in 2002 broke the story of sexual abuse and cover-ups within the Archdiocese of Boston. (That investigation was also made into its own media story, via the 2015 Oscar-winning film Spotlight). According to The Baltimore Sun, Nugent's blog also indirectly inspired The Keepers director Ryan White, who learned about it through family ties to Keough.

"Of course, I was interested on a lot of levels,” Nugent tells the camera in The Keepers. “There’s an on-the-record public story of what happened to Sister Cathy, and then there’s the world beneath that was actually being lived. To get at that mystery, I think, is our greatest journalistic responsibility.”

Thanks to Tom Nugent and the documentarians who brought this series to Netflix, the mystery of Sister Cathy's death could be closer to a resolution than it ever has been before.