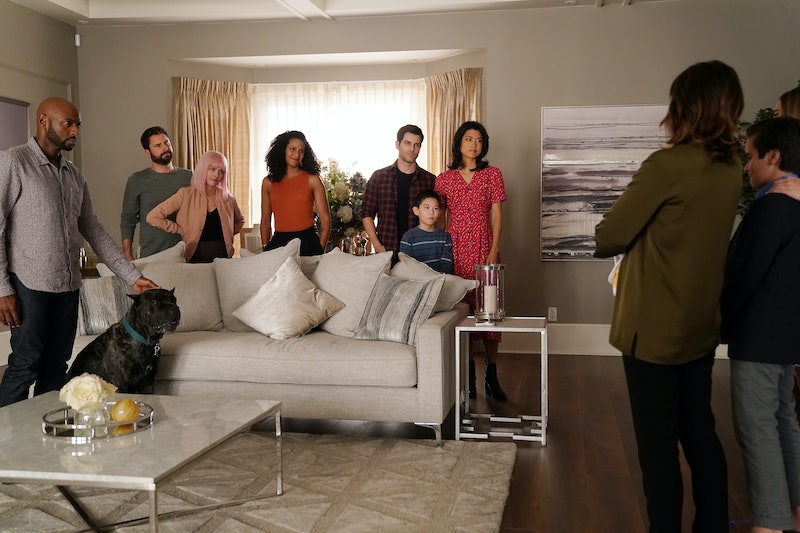 Nash kept things vague in the interview, simply saying, “There is a death that happens this season, and we will see how the group rallies to support each other.” That said, in an interview with Hollywood Life, Nash elaborated, saying that the death is both “surprising” and of a “significant person” on the show, and this person’s death brings a great deal of self-reflection into the rest of the group. “I think [the] funeral is done to move us and to affect the story,” Nash said. “But it’s also a barometer for how all their lives are different since the last time they went to a funeral.” This is fair, considering how the group barely knew Maggie when Jon died; Rome and Regina were in a different place; and Delilah and Eddie were still having their affair.

That said, though things are better right now than they were before Jon died, Nash's warning rings true — someone is going to die on A Million Little Things. Let's take a look on who it could be.

According to Nash's interview with Deadline, Maggie is officially "cancer-free" and this cancer storyline is resolved for the moment. It would be a cruel thing to have Maggie beat cancer and then die in some sort of surprise manner, so it's probably safe so say that Maggie will survive through the season. She has enough to deal with right now, anyway, given her mother, her mother's potential affair, and more.

Maggie and Gary have just moved in together, and it's a huge step in their relationship. Nash told Hollywood Life that these two will still "struggle" in Season 2 just in navigating what their lives look like now that Maggie's cancer-free, and it would be one hell of a plot point for Maggie to have to overcome one more thing. Also, how could Gary's friends deal with his loss? It would rock their world — and be another dramatic device.

Delilah just had a baby. She has kids. She can't die. That would really just be taking things too far, wouldn't it? (Even for this show.)

Eddie also just had a baby (with Delilah), and he's trying to do his best in being a husband to Katherine and father to Theo. But Eddie has also suffered from alcoholism in the past, and he has a really complicated life, thanks to the affair. He could relapse, he could get into an accident, his death could force Katherine and Delilah and the rest of the gang to band together again.

Rome is now knee-deep in helping PJ figure out who his father is (hint: it's not Jon), and he and Regina might be having a baby. This death would be unnecessarily tragic. Pass on this one.

She has a restaurant, a partnership with Delilah, and plenty of hurt to spare. Regina's death would, as Nash said, force the group to refocus on what's changed, because it could send Rome back into a depression. His friends would have to work through their own grief and Rome's — that's probably some Emmy-worthy emotional content.

PJ is just a kid, but killing him off the show would be a convenient way to wrap up this Barbara Morgan storyline. Because does anyone care about it? (Probably not.)

Season 2 is just starting, but there are plenty of ways Nash's news could unfold. It doesn't seem as if any of the main cast will meet their maker, but on a soap like this one, you never know.