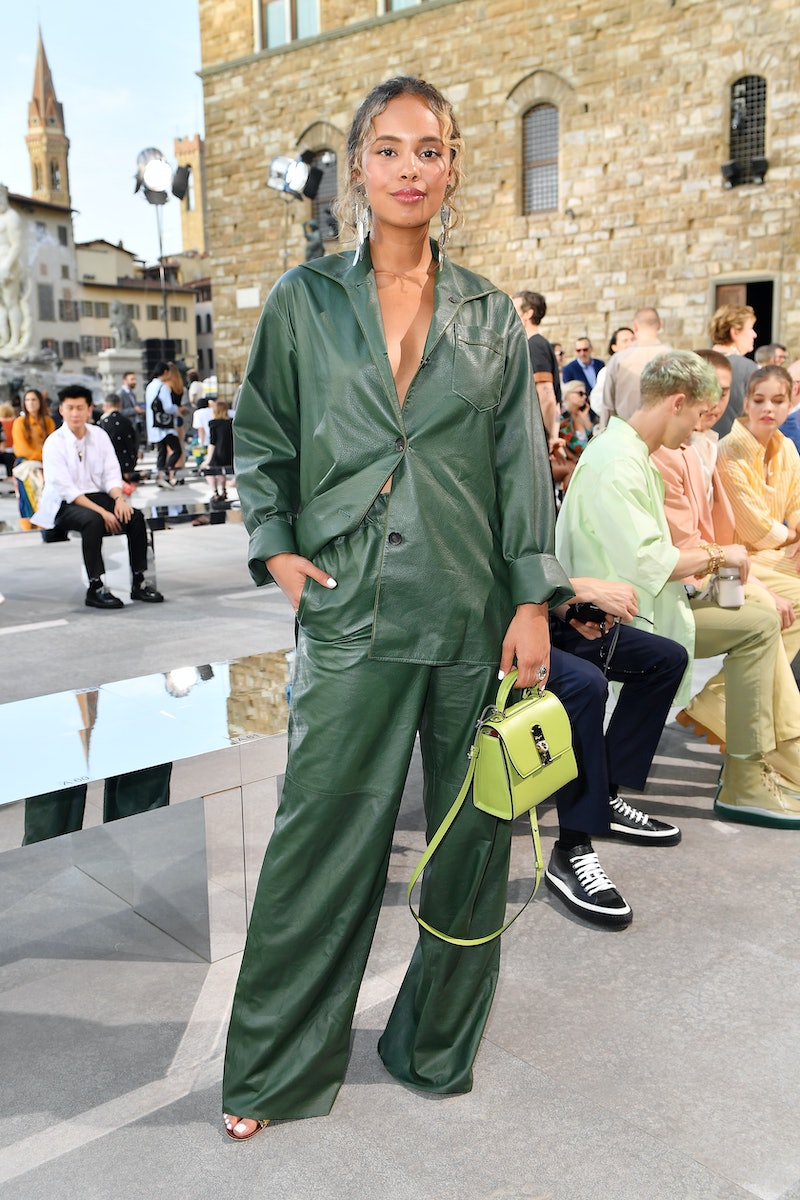 13 Reasons Why skyrocketed to success when it premiered on Netflix in 2017. And a lot of the actors in the series have also gained a massive following of fans, including Alisha Boe who has played Jessica Davis for three seasons. Fans might want to know everything about her, but they might want to take a step back. She likes to keep things private, so if you were wondering who Alisha Boe is dating, you're out of luck. The actor doesn't have a history of talking openly about her romantic relationships; however, she is pretty open about her love for her friends and co-stars.

The Netflix original series garnered a lot of attention over the controversial way they graphically depicted suicide in a Season 1 scene that has since been removed, but it also earned praise for depicting real issues. Boe's character Jessica, for example, was raped at a high school party in Season 1, and Season 2 saw her dealing with aftermath and finding her way. Now entering its third season, 13 Reasons Why will focus on the question of who killed Bryce Walker, the student who, among other things, sexually assaulted Jessica.

Boe has been posting about the show on Instagram, hyping up the week before it premieres Aug. 23. In one post from Friday, Aug. 16, Boe stands with her co-stars Brandon Flynn and Dylan Minnette, as they laugh at her double-fisting what looks like beer. Clearly, the cast has plenty of fun together. So, while the actor hasn't really made any public comments about who she's dating, her friends are front and center in her social media — and in her life.

Boe seems to be friends with a lot of her cast mates, but her friendship with Tommy Dorfman stands out. In April, they enjoyed a spa night, as reported by Teen Vogue reported, complete with face masks. "When you can’t laugh in a face masqueeee,” Dorfman captioned an Instagram story of Boe at the time. The two also got matching semicolon tattoos at the end of Season 1, along with actor and singer Selena Gomez, who is an executive producer on 13 Reasons Why.

She's open about her non-13 Reasons Why friendships as well. In an interview with W Magazine last May, Boe shared the story of her 21st birthday, which she spent with her close friends. “My friends and I went to Joshua Tree and all we did was listen to the Call Me by Your Name soundtrack,” she said. “We reenacted the dance scene, where Timothée [Chalamet] is sitting on the chair and smoking, but instead my friend had a Juul in proper millennial fashion. Every time that song by the Psychedelic Furs came on, we’d be like, ‘Again!’ It was a lot of fun.” Though she admitted that the weekend had some rocky moments, Boe said it all turned out to be the best birthday. "I actually had wine the whole night like a classy adult,” she said. “I mean, I was still super hungover the next day. I usually hate birthdays, but I was surrounded by all the people I love."

So, while the world may not know who Boe is dating, she does share other aspects of her life that are important to her. And maybe that's really all fans need to know.