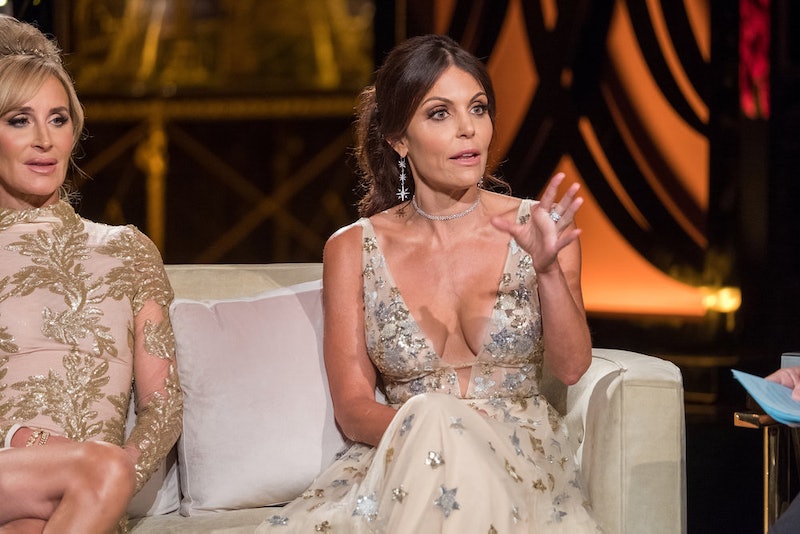 Having your life out there on a reality show isn't easy, and Bethenny Frankel has certainly been through the ringer. Real Housewives Of New York fans watched her date one Jason who didn't want to move in with her only to move onto another Jason that she married, had a baby with, and is wrapping up an atrocious divorce with. Then, her on-again, off-again boyfriend died suddenly. She's been through a lot, but is Bethenny dating anyone in 2019 on Real Housewives Of New York? There may be a light — and a new man — at the end of the tunnel.

2018 brought huge tragedy into Bethenny's life. Her ex, Dennis Shields, was found dead of an alleged accidental overdose in his Trump Tower apartment, and Bethenny lost one of her closest friends and most trusted allies. She loved Dennis, and he loved her, and it was all just a big, terrible, horrible thing. Fortunately, though, Bethenny has started to move on after Dennis' death.

Her new man's name is Paul Bernon, and accordingly to Us Weekly, he's a real estate guy and movie producer from Boston. He got his undergraduate degree at Boston University, just like Bethenny, and he has a graduate degree in real estate from New York University. You know Bethenny's not going for the dumb guys. He has two kids, and he's still living in Boston — at least for now. The two are even Instagram official:

Paul has also been there for Bethenny when she needs it the most — he's shown up to every one of her recent court dates during her never-ending divorce. According to PEOPLE, Paul comes with Bethenny and sits in the back of the courthouse, waiting quietly until the session is adjourned and everyone can go home. Bethenny is currently fighting ex-husband Jason Hoppy for sole custody of their daughter, Bryn.

It's nice that Bethenny isn't being shy about her new-ish relationship, because it's great to see her so happy. On a recent Watch What Happens Live appearance, Bethenny gushed about Paul, saying, "He’s incredible. He’s a beautiful human being inside and out.” And her daughter loves him, too. "Bryn knows him and loves him,” Bethenny added. “They’re very, very similar people.”

Bethenny deserves a break, and maybe she can rub some of that good relationship magic off onto her fellow cast members on Real Housewives Of New York. Right now, none of the current Housewives on this franchise are in serious relationships besides Dorinda Medley. Ramona and Sonja are dating around; Luann has already been divorced twice; Tinsley is on-and-off with her boyfriend, Scott; and new face Barbara is a big mystery in the love department so far — she's so new, we can't make a decision yet. Real Housewives Of New York is the only Bravo Housewives franchise in which none of the women fit the titular model. And that's OK, but finding love and companionship for most of the cast wouldn't be a bad thing. Maybe Paul has brothers.