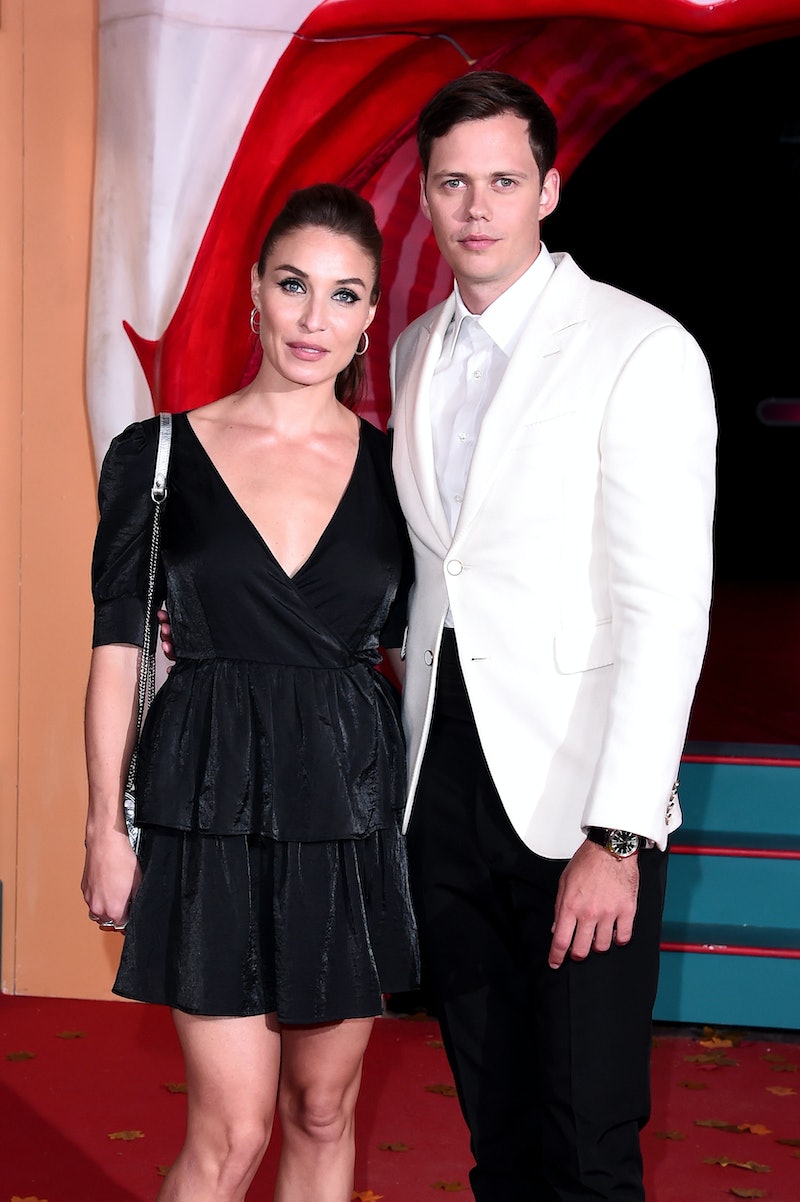 On screen, the sight of the titular clown in It Chapter Two might make your blood curdle (it's supposed to), but the actor who portrays him, Bill Skarsgård has a longtime girlfriend who loves him despite his sometimes scary looks. He and Swedish actor Alida Morberg have been dating for at least three years, per his Instagram history, although there's little available information on when they officially got together.

Neither of them are very active on social media, and when they are active, they don't share much about each other. Each of them being professional actors, it's likely that they intentionally keep their public profiles separate for that reason. Skarsgård's last post featuring her was uploaded in October 2017. Simply captioned with the emoji of two clinking beer mugs, the photo captured the two of them having drinks with two others, presumably their close friends.

That was the first time he posted a photo of her since July 2016, when he shared a picture of them both at what appears to be a wedding reception. Morberg has shared a little bit more information about their relationship, and believe it or not, she's not a fan of horror films. On the day of the first It movie premiere, she shared a photo with him as Pennywise. The caption, translated from Swedish to English by Instagram, reads, "Congratulations baby! I who is so afraid of horror movies, luckily it's just you."

In a September 2018 Instagram post, she held up a gift basket at her baby shower — one of the few photos she has shared from her newfound motherhood. The caption, translated from Swedish to English by Instagram, reads, "Many thanks to everyone who surprised me with the world's loveliest baby shower! Was completely overwhelmed and touched. Thank you all the amazing friends and family for letting me have you in my life and thank you so mkt for all the nice gifts and that you took the time. Love you guys!"

However, the couple hasn't shared any photos of the baby for now. According to an interview that It Chapter Two star Bill Hader did with Inquirer.net, the couple were expecting the baby to arrive during filming.

"He's a wonderful guy," Hader told the publication of Skarsgård. "He was about to have his first kid while we were shooting, and he was excited about that." Again, they likely haven't shared much about the arrival of their child in an effort to keep the baby's life as private as possible. According to a translated article from Aftonbladet, a Swedish news site, Skarsgard confirmed his fatherhood at 2018 Comic-Con in San Diego. But he didn't give any further details, because "it's very personal," per the publication. The same site reported that they welcomed a baby girl in October 2018.

Skarsgård himself is one of eight children among his actor father Stellan Skarsgård's two marriages, and he is one of the oldest, so between that and his time as Pennywise, he has plenty of experience with children.

More like this
At 28, Emma Thompson Was Already A Star — But Unhappy In Love, Actually
By Olivia-Anne Cleary
Anya Taylor-Joy Might Be Engaged To Her Musician Beau
By Jack Irvin and Sophie McEvoy
Ryan Gosling’s Ken Just Got The Seal Of Approval From His Partner Eva Mendes
By Rachel Mantock
Martin Hancock’s Wife Played A Key Part In His Return To 'Coronation Street'
By Catharina Cheung
Get Even More From Bustle — Sign Up For The Newsletter