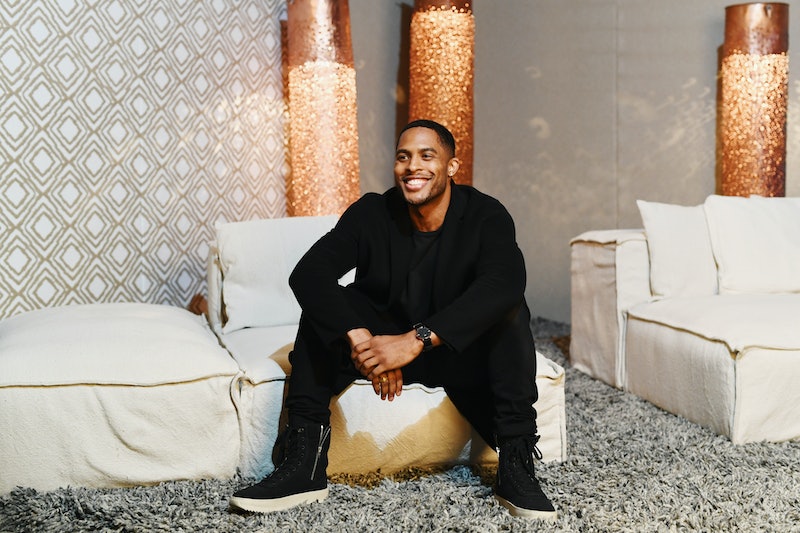 You may or may not be excited about the new spy thriller Traitors (spoiler alert, I am). Stylish, sexy, dangerous, and mysterious — exactly what I'm not on a Sunday night, but exactly what I want to watch on telly while in my pjs, draped in a slanket. Anyhow, the show is bringing a heck of a lot of home-grown talent to the floor, as well as a few faces from across the pond — some super familiar and some not so familiar. One face you may recognise is that of the actor playing Jackson Cole. But who exactly is Brandon P Bell, and what else has he starred in?

Bell is probably most familiar to you for his role as son of the dean Troy Fairbanks in Dear White People, one of Netflix's stand-out hits from the past few years. Others may recognise Bell from his roles in Insecure and Satisfaction.

Bell is currently starring in Traitors as Jackson Cole, a soldier who is stationed in the UK, the Radio Times reports. Cole's post-war job is serving as a driver for American personnel, namely the secret agents that are working for the U.S. over in Blighty. And it looks like the whole experience is leaving him pretty disenchanted and disillusioned with the life he has chosen.

OK, so if his role on the show isn't engaging enough, let me tell you all about the wild AF jigsaw he fits into. So, Traitors is Channel 4's next hot new thriller that is all about espionage, fabulous costumes, peril, and, of course, intrigue.

Set in 1945, the shows portrays a UK that is literally stuck in the middle of chaos. Having ended World War II, the Cold War is brewing and, y'all, if this show is anything to go by, things were not the May West for those engaged in espionage. One might say, it's busy AF. So the story centres around Feef, who is a young woman recruited by American agents to spy on her own government. Of course, every single character seems highly suspicious in their own unique way and, y'all, this show will have you hanging off the edge of your sofa from start to finish. Who can you trust in this world of traitors? Well, nobody probs.

And the great thing about TV shows on Channel 4 is that there are ad breaks in which you can make tea and get your hunter/gatherer on re snacks and biscuits. Mmm snacks.

The show was created by playright and screenwriter Bash Doran. Doran is the mind behind the likes of Boardwalk Empire and Masters Of Sex so it is safe to say this gal knows a thing or two about how to make some incredible period drama realness. For Traitors — her first time making TV in the UK — Doran has teamed up with directors Dearbhla Walsh and Alec Winckler.

The show is a six parter and begins this Sunday, Feb. 17, over on Channel 4. And if 9 p.m. seems awfully far past your bed time, the show will be available on All 4 as well as on Netflix after the finale has aired.