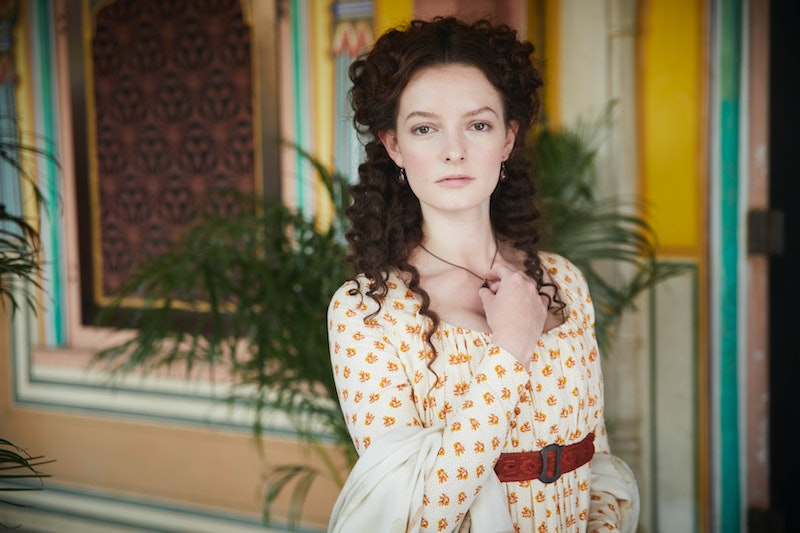 Period drama fans rejoice, because ITV's latest effort is about to takeover your Sunday night TV schedule. Yes, the brand new series Beecham House is about to get underway, and will follow the story of the Beecham family as they move into a lavish new Indian mansion. The cast of the drama includes Dakota Blue Richards, Jekyll and Hyde's Tom Bateman, Citizen Khan star Adil Ray, and many more. But who is Dakota Blue Richards? Here's everything you need to know about the Beecham House star.

According to The Argus, Richards attended the St Paul's Primary School in Brighton, and later attended Blatchington Mill Secondary School in Hove. The young actor then enrolled at the K-Bis Theatre School in Brighton, and as reported by The Irish News, Richards bagged her first major role in the 2007 film, The Golden Compass, at just 13 years-old. As the Radio Times reports, Richards played the character of Lyra in the His Dark Materials adaptation, and she more recently appeared as WPC Shirley Trewlove in the ITV's Endeavour. As stated on the actor's official portfolio, the 25-year-old has also starred in the E4 teen drama Skins, ITV's Lightfields, the 2014 sci-fi flick The Quiet Hour, and more.

As mentioned previously, Richards will star in ITV's newest period drama, Beecham House. The actor plays the role of Margaret Osbourne — an English governess who's intelligence and beauty commands the attention of those around her. As reported by iNews, the series is set in late 18th century India, decades before British rule, and the drama centres around a former soldier known as John Beecham, who seeks to leave his past life behind. Along with his family, Beecham moves into a Delhi mansion, where he hopes to enjoy a fresh start.

Part of ITV's official synopsis reads, "Set on the cusp of the 19th century in Delhi before the British ruled in that region, the drama depicts the fortunes of the residents of Beecham House, an imposing mansion surrounded by acres of exotic woods and pristine lawns."

According to the Guardian, the ITV series will tell the story of how India became part of the British empire, and the show's director, Gurinder Chadha, has stated that she hopes Beecham House will be both educational and entertaining. In an interview with the Radio Times, the director also stated that she believes British schools can be "frightened of telling the truth" about colonialism. She said "Most children in British schools aren’t even told now that there was an empire, that the British ruled India. Of course it’s wrong."

The series is produced by Caroline Levy, who is best known for her previous work on EastEnders, Holby City, and The Bill — and according to The Sun, the ITV drama kicks off with a double-episode premiere, the first of which will air at 9 p.m. on Sunday, June 23 on ITV1. Episode two is scheduled to air the very next evening on Monday, June 24, before continuing every Sunday night for the remaining four episodes.

Beecham House sounds like the perfect way to wrap up the weekend, and I cannot wait for this drama to get started.

More like this
Con O'Neill Was Connected With Sarah Lancashire Long Before 'Happy Valley'
By El Hunt
Armani Jackson Is Following In His Famous Actor Sister’s Footsteps
By Catharina Cheung
The Banned 'Friends' Ad Shows Monica As You’ve Never Seen Her Before
By Sam Ramsden
'The Catch' Revisits A Famed Irish Filming Spot From 'The Tudors'
By Darshita Goyal
Get The Very Best Of Bustle/UK
Sign up for Bustle UK's twice-weekly newsletter, featuring the latest must-watch TV, moving personal stories, and expert advice on the hottest viral buys.