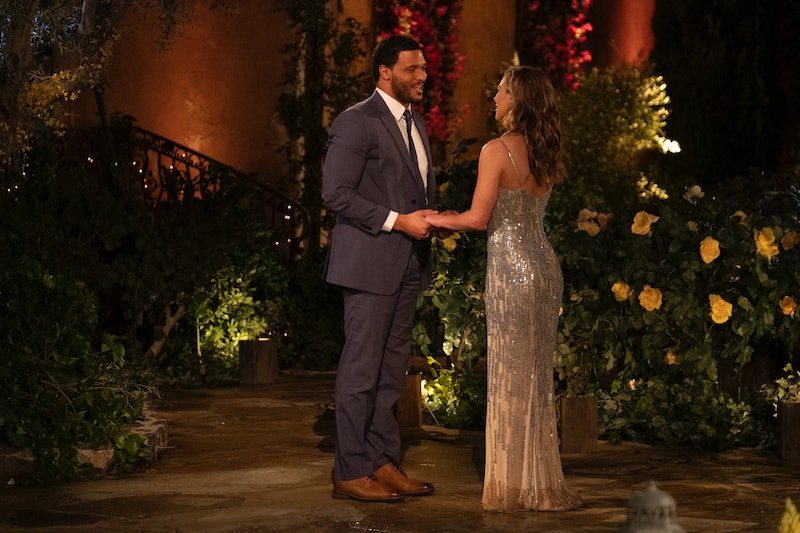 John Fleenor/ABC
By Lindsay Denninger
May 13, 2019

You have to do a lot to stand out on a show like The Bachelorette or The Bachelor — every year, the stakes get higher and the jobs (or alleged jobs) get weirder and weirder. Chicken lover? Dolphin enthusiast? Those always sound like a fancy way of pronouncing "unemployed." But Hannah Brown's season of The Bachelorette has some guys with real jobs, which is a welcome change. They're really the marrying types. Daron from The Bachelorette is an IT consultant, for example, which is a far cry from the "social media enthusiasts" of prior seasons.

According to Daron's official ABC bio, he is a "giant teddy bear." He's from Atlanta, a former college athlete, and he loves football. Now, we all know that Hannah is obsessed with the University of Alabama, so she might not be thrilled that Daron played football for the University Of Kentucky. Hopefully it's not a dealbreaker. Daron has a twin brother, named Zack, who also played football, and they have a younger brother, Dominik, that plays wide receiver at the University Of Georgia. This is one big football family, so Hannah would fit right in for Sunday games.

Daron also claims he's a globally-ranked Guitar Hero champion, too, so not only is he decent on the field, but he's down to just hang out and play video games, too. He also says that he likes a woman that takes charge, and he hates spiders, which... same Daron. Very much the same. Does he sound like someone Hannah could love? Definitely. It doesn't hurt that this 25-year-old is very, very handsome.

Daron's Instagram account is private, which is understandable — stemming the tide of people wanting to look through your life because you're on The Bachelorette is necessary, at least in the beginning. Daron's LinkedIn, though, is open for business. Right now, Daron is a recruiting consultant at Strive Consulting, LLC, and before that, he was a sales executive at GridQuire Labs. According to Daron's University Of Kentucky profile, he is the son of former NBA star Mookie Blaylock, who played over a decade of professional basketball. Daron's mother left his father early in Daron's life and remarried, according to Sports Illustrated, because of his ongoing issues with substance use.

Mookie pled guilty in 2014 to vehicular manslaughter after he was involved in a major accident that killed a woman and he spent three years in jail followed by eight years of probation. It's all very, very sad, and it's hard to know if The Bachelorette will want to bring all of this up on a one-on-one date or something. Most likely, Daron will open up about this in some capacity.

For now, we'll just have to wait until The Bachelorette starts airing to find out more about Daron and his life and what he's looking for in a mate. Daron could very well be a frontrunner for Hannah's heart — or at least Bachelor In Paradise. In either case, it will be fun to get to know him better.