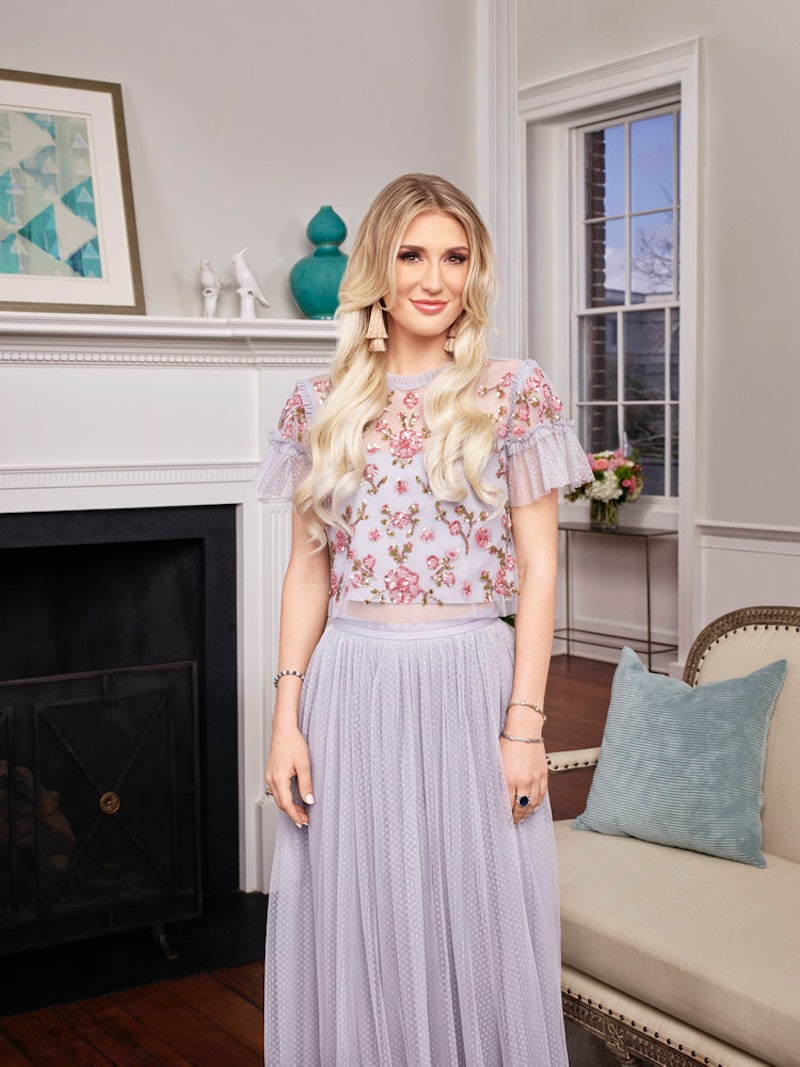 New cast members on reality shows mean that we as fans need to get to know a whole history of a person in a very limited number of episodes. Luckily, on Southern Charm, many of the cast members come from old Southern (Charlestonian, in fact) money, and they're very easily Google-able. Eliza Limehouse is the franchise's newest addition, and though she seems to not know when to butt, she has a very interesting family life. In fact, Eliza Limehouse's dad on Southern Charm, Chip Limehouse, is famous for some good and bad reasons — including hanging out with Borat.

Eliza has been pretty open about her family on Southern Charm so far. She's from very, very old Charlestonian legacies on both sides of her family, and her dad, Harry 'Chip' Bancroft Limehouse III, was a politician recently shamed due to an extramarital affair and, as the kids say, baby mama drama. Chip Limehouse ran, according to FITSNews, on a conservative "family values" platform in order to be a state senator, yet his sealed divorced documents spoke in detail about his extramarital affairs that resulted in a child.

Eliza said on the show, "Growing up, my dad was one of my idols. But after the affair, I didn’t talk to my dad for almost a year. We went from being this perfect well-known family to broken apart. I just wanted to like, pull the sheets up and just hide. I’ve forgiven him but it’s never gonna be like it was. We have scars, ya know? He does too.” So it's likely viewers will hear more about him if it's something she's still working through.

According to VoteSmart, Chip was a representative in the South Carolina State House of Representatives from 1995-2016.

In terms of Chip's legislative record, most of the details are too old to find on the Internet, minus one report by FITSNews of a fight over a submarine that Chip got into on the Clemson University campus. Apparently, Chip wanted to refurbish a submarine, but the school didn't want him on the property. Different sides, different stories, and nothing truly of importance, to be honest.

Most recently, Chip came into the spotlight again, according to The Post And Courier because he was fooled on Sasha Baron Cohen's Who Is America parody show on Showtime. Remember that show where Cohen would go around trying to make politicians look bad? This was that. On Chip's episode, he responded to questions such as whether or not the word "black" was offensive and something else about a pimp and his daughter — normal Cohen questions.

Chip maintains he knew it was a farce and that he was paid anywhere between $500 and $600 to film it.

Of course, nothing her dad says or does is Eliza's fault, and we can't pass judgment on her because of Chip. The fact that her family is so close with Thomas Ravenel's family might be worrisome, but given how small of a world Charleston is, that doesn't really mean anything either. Eliza was obviously very hurt by her father's actions — she's said so on the show — and just because he messed up doesn't mean that she will. Eliza is a spitfire, and she certainly deserves a chance to show up herself on Southern Charm.

From everything viewers have seen so far during her appearances on the show, she will definitely have her own drama and controversies to get involved in and hopefully, some new friendships to make. Who knows, maybe she and Kathryn will even bond over their shared drama with political families.