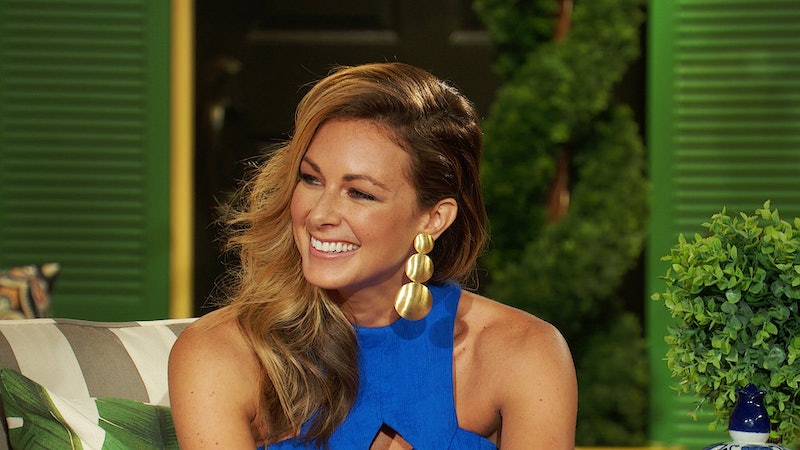 When Southern Charm fans first met Chelsea, she was dating Austen. The two have since both moved on to new significant others, and Chelsea's boyfriend Nick is the Southern Charm star's perfect match. Any fan who's watched the show knows that Chelsea is an independent woman who loves outdoorsy activities, especially those on the water. Guess what? So does Nick. In fact, he's a sailor who is also a professional sailing racer. He's literally on the water all day for his job.

Fans learned in a recent episode that Nick signed a three-year contract with the America's Cup, which is a yacht sailing race. His career keeps him far away from home most of the time, but Chelsea doesn't really mind that. "There's something about being able to be alone when I want to be alone, and seeing someone when I feel like seeing someone that just feels comfortable to me," she explained in Season 6, Episode 3.

Chelsea said that she and Nick planned to just get through the next three years long distance, visiting each other when they could, and then he planned to move to Charleston. Nearly everyone else on the series has been concerned that Chelsea hardly gets to see or hear from her boyfriend, but she seems content. That's really all that matters. "I'm independent enough that I don’t need someone around me all the time," Chelsea told Cameran, explaining that sometimes just emailing Nick every few days was enough for her.

Still, there are times when Chelsea misses her boyfriend, like when he couldn't come to her housewarming party. But, mostly, the couple has been making the best of a not ideal situation for nearly a year now. They first sparked dating rumors in July 2018, according to People magazine, when Chelsea posted a photo of them together on Instagram. E! Online reported that the Southern Charm stars quickly flooded the comments.

"So happy you found your STALLION!" Cameran wrote. "Oooooooooooooohhhhh," Naomie added. Chelsea's friend Victoria (who also dated Austen) commented, "And the stars aligned. So happy for you lady."

Since then, Chelsea's posted a few photos from the couple's travels together. He took her sailing in The Netherlands in late July. They then traveled back to his home state of Rhode Island in August to spend some low key time together. The pair later celebrated the new year in Tasmania together.

In Episode 3, Chelsea's dad assumed there could be no future for them because of Nick's hectic schedule, but Chelsea corrected him to say they were planning a life together for after those three contract years. Her father may be skeptical of the long distance working out, but he was a fan of Nick's at least. "He's a good dude," her dad said approvingly. Chelsea clearly agrees, since they've been going strong for almost a year already. It helps that they have so much in common to keep their LDR rooted.

Chelsea's Bravo bio says it was her "passion for travel" that led her to meet Nick in the first place. Now they get to share their love of the water and sailing together. Her bio says she loves "surfing, fishing or boating," and Nick's racing profile says he "grew up tinkering with boats at his family's shipyard in Rhode Island." It's a match made in ocean heaven. Just don't expect to see Nick on Southern Charm any time soon. He's barely free enough to see Chelsea, let alone film a reality show... maybe in Season 9 when his America's Cup contract is over.