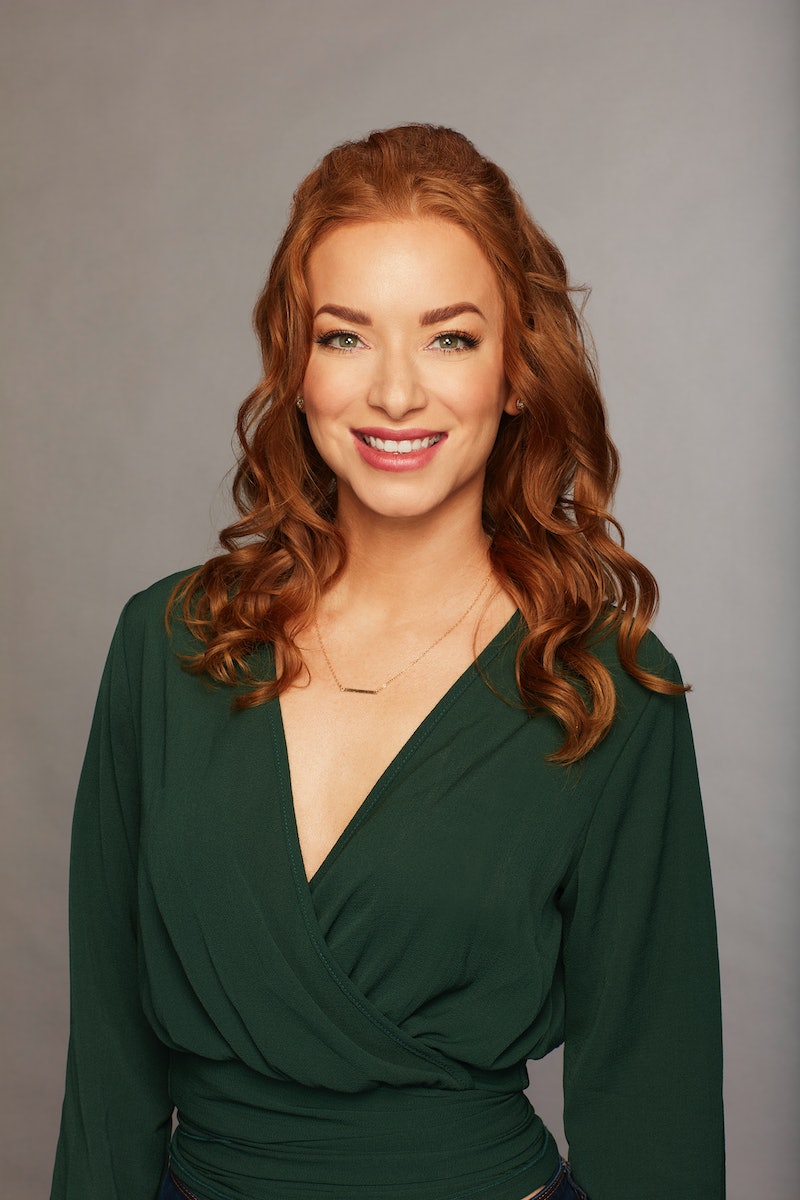 Colton Underwood is 26, and Elyse from The Bachelor is 31 years old. Chris Harrison called her "the mom of the group" in the Facebook live stream that introduced the cast, but the fiery redhead has a lot more than age going for her at this time in her life. Get with it, Chris.

Fans are already rallying around her as one of the only redheads to appear on the show, using hashtags like #TeamRed. And considering she shouts, "Where's the tequila?" in the show's trailer, odds are she's going to be the life of the party. So if the tequila goes missing, the other girls will know where to find it.

She's a makeup artist from Alaska who relocated to Scottsdale, Arizona, but has never been out of the country, per her bio for the show. Harrison seems to think she may be the first Alaskan to join The Bachelor. And although she looks a lot like Princess Anna from Frozen, she doesn't have an ice queen for a big sister, and she says that the cold does bother her, anyway. Plus, she's more of an Ariel fan when it comes to Disney princesses — she even mastered the infamous island rock pose and captured it for all her Instagram followers to see.

"I could caption this with some motivational quote about looking forward to the future, but let’s be honest... I was probably just singing 'Part of your wooorrrlllddd...' and channeling my inner Ariel at this moment," she wrote. She seems to be vulnerable and funny with her followers, which is always an admirable and refreshing trait to see. According to her bio for the show, she says the best way to connect to people is through laughter.

Elyse also connects with people through the art of makeup. She's an extremely talented artist and has a company of her own, Glamour Grasp, which seems to be a beauty education brand of some sort. She has taught classes in the past, as well as painted models backstage for Phoenix Fashion Week. Her IG profile is full of beautiful before and after photos of her clients.

She has also developed her own gorgeous pair of false lashes.

She has a brother and a sister whom she seems to adore immensely. And according to this Instagram photo, they have a sister who died, which might be something she opens up about on the show.

Of course, as soon as any new Bachelor Nation addition hits the spotlight, everyone does their background research. And InTouch Weekly found that her tendency to be the life of the party has backfired on her in the past. She was arrested for driving under the influence and with expired tabs in North Dakota in 2015, and has had multiple other traffic related offenses. At least there's limo service at the mansion.

When she's not beautifying herself or someone else, or teaching her skills to others, she's likely hiking, reading, or enjoying wine and good food with friends, according to her bio. She'll be lucky to make it past night one without becoming the whole cast's resident makeup artist, so if the girls want perfect lashes, it's in their best interest to play nice with Elyse.