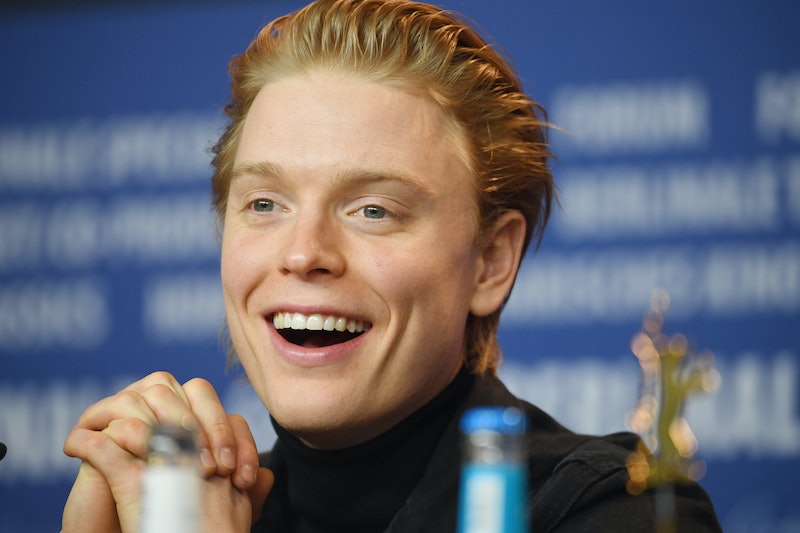 The story behind one of Britain's most shocking murder-cases is retold in ITV's brand new factual drama, White House Farm. Based on true events, the six-part series will delve into the harrowing details of the 1985 killings, and boasts an impressive cast consisting of Line of Duty's Stephen Graham, Year of the Rabbit star Freddie Fox, Game of Thrones' Mark Addy, and many more. But who is Freddie Fox? Here's everything you need to know about the White House Farm star.

According to the Evening Standard, Freddie Fox is a British film, television and stage actor, who is best known for his previous roles in the BBC Two biopic Worried About the Boy, the TV adaptation of William Boyd's novel Any Human Heart, the 2009 film St. Trinians II: The Legend of Fritton’s Gold, and as the Radio Times reports, the 2019 Channel 4 sitcom, Year of the Rabbit. Fox also previously attended the Guildhall School of Music and Drama in London — and his enrolment at the institution came as no surprise due to the actor's rich family history in the art form, which includes his older sibling, and The Trial of Christine Keeler star, Emilia Fox.

Fox's latest project arrives in the form of ITV's White House Farm, which sees the actor take on the role of Jeremy Bamber — the man convicted of killing five members of his own family at their Essex farmhouse.

The ITV factual drama centres around the infamous White House Farm murders, which according to The Sun, took place in August 1985 when June and Nevill Bamber, their daughter Shelia, and grandchildren Daniel and Nicholas, were shot to death in Tolleshunt D'Arcy, Essex. At the time, police initially concluded that Sheila, who was known to suffer from mental illness, carried out the murders before turning the gun on herself. However, Jeremy Bamber was eventually found guilty of murdering five members of his own family, and allegedly framed his deceased sister in order to gain access to his massive inheritance. In addition to Fox, the cast of White House Farm includes Game of Thrones star Mark Addy as DS Stan Jones, The Irishman's Stephen Graham, The Bye Bye Man star Cressida Bonas, Gentleman Jack's Gemma Whelan, and more.

The six-part drama gets underway on Wednesday, January 8, at 9 p.m. on ITV1, and complete with a gripping plot and all-star cast, White House Farm looks set to kickstart a brilliant year for British television.