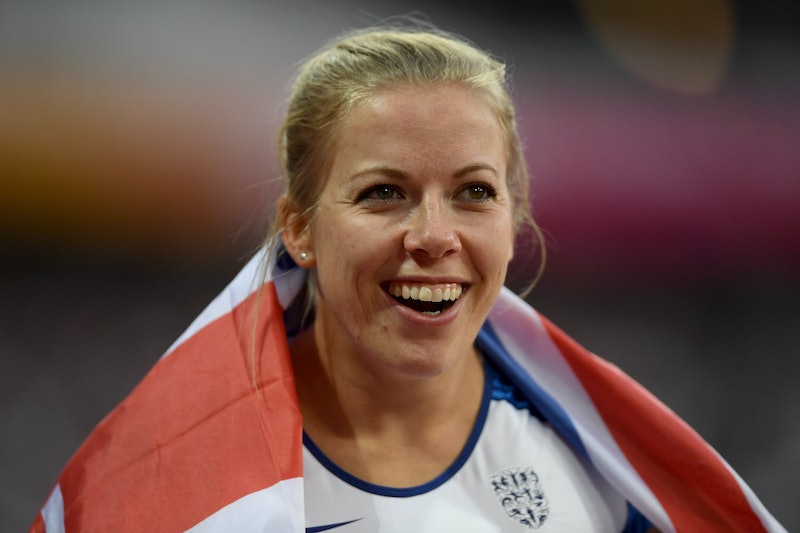 I don’t care how much of a grandma it makes me, I miss the Great British Bake Off. You can give me Noel's witticisms or Paul's piercing baby blues any day. So, you can only imagine my delight at the news that it's back in the form of The Great Stand Up To Cancer Bake Off. The series sees some A-List names enter the tent to either show off hidden culinary talents or melt under the pressure. But this year there's one star who knows a thing or two about winning. So who is Hannah Cockroft? I can guarantee that this 10 time world champion will not have come to play. But while she may be super speedy on the track, will she bring that winning record to the gingham alter?

If you don’t know Hannah Cockroft by name you will definitely know her face. The poster girl for the Rio 2016 Paralympics, she has won gold medals at her last two games and is also known as Hurricane Hannah, because she's one seriously fast woman. The wheelchair track racer has numerous achievements to her name including being the world record holder for the fastest T34 200 metres, 400 metres, 800 metres, and 1500 metres.

The 26-year-old was born in Halifax and her website reveals that within 48 hours of being born she had suffered two cardiac arrests which damaged her brain, leaving her with a deformity to her legs and feet, and weakening her hips.

In a post on her website, Cockfroft detailed how the determination of her family has helped her through. “My parents [...] set me on a path through years of therapy with standing frames, walking frames, splints and twisters, until, aged 3, I was able to take my first steps. This opened up new problems with mobility, balance and the use of my fine motor skills, but it was a huge achievement, one that doctors said would never happen.”

“As long as my family are behind me and supporting me, I will always be determined to achieve great things.”

Like many other little girls (including me) Cockroft wanted to be a dancer. It was at Dance 4 All classes, which she took for 13 years, where she says she built up the strength and flexibility that helped her go on to win races years later.

She developed a love of sport when she went to high school, starting to play basketball and discus from the age of 13. On her website she states it was Dr Ian Thompson, the husband of legendary wheelchair racer Baroness Tanni Grey-Thompson, who gave her her first taste of wheelchair racing.

Speaking to the Yorkshire Post Cockroft said, “I take every race as it comes and kind of move on to the next one until it’s over. I don’t really see it and look at what I’ve done and appreciate what’s gone into it.”

“I love to race. It’s not nothing to do with the training, I hate training and I just want to go out and win and that’s what I see it as. I’m just focused on that really.”

Her passion for sport and wheelchair racing has lead Cockroft to win big at the Paralympics in London and Rio. She now has her sights set on Tokyo 2020. She also won gold and silver medals at the 2018 World Para Athletics European Championships.

Well if Cockroft can bring that cool-head and winning spirit into the tent with her she might be onto a winner. You can catch the Great British Bake Off for Stand Up To Cancer on Channel 4 at 8 p.m. on March. 5.