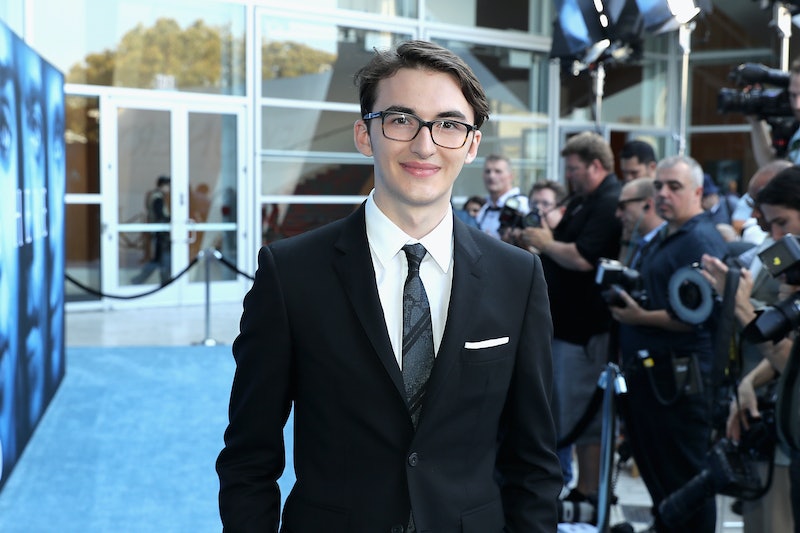 Isaac Hempstead Wright has had a pretty cool career thus far. Being a part of Game of Thrones, one of the biggest TV shows in history, is no mean feat, especially as one of your first roles ever. Add to that the fact that his character is potentially one of the pivotal characters in the show and it's all the more impressive. But that's the professional side of things, what about his personal life? Who is Isaac Hempstead Wright dating?

I have contacted a representative of Hempstead Wright for comment and will let you know as soon as they get back to me.

So, TBH, Hempstead Wright is pretty private about his personal life so we can only guess from his Instagram if he is dating anyone. Refinery 29 reported in 2017 that he was linked to Stella Rozenbroek, who sadly received a lot of negative attention on her Instagram account, due to their rumoured connect. However, in an interview with Esquire back in March of this year he about his difficulties at university. This included a mention of his "ex girlfriend," which suggests he may well now be single.

"I couldn't relax and go out and have a drink or get drunk or whatever, because if I did someone would be like: 'I saw Bran and he was all f*ck*d up'. My ex-girlfriend came up to visit and we just sat in my room for a week," he told the publication.

As for Game of Thrones, Hempstead Wright's character Bran has come a long way from where he started. In the first series, he was the tragic witness of something he really wasn't supposed to see. He saw Cersei Lannister and her twin brother Jamie Lannister in a passionate embrace. IKR, gross, but if you are a GoT fan you are used to copious amounts of uncomfortable incest storylines. Jamie then pushes him from a tower and although he miraculously survived, he was paralysed from the waist down.

If that's not enough he ends up losing family members both to execution and murder as well as the whole family being disbanded across the Seven Kingdoms. In more recent seasons though, things have gotten all kinds of effed up. You think attempted murder and incest isn't bad enough? Well guys, he may or may not become a raven with three eyes and OMG those Night King rumours just will not go away.

He spoke to Esquire about his final season, and echoed other stars of the show in saying how sad it was to say goodbye to not only the show but the cast and crew.

"The very last scene I shot - and it was a lot of other people's last scene - it was actually quite pathetic, everyone was in floods of tears. It was so actorly. They read out 'that's a wrap', then David and Dan gave a speech," he said. "And I remember thinking: I'm not going to cry. I'm feeling fine. Then they brought out our wrap gifts, which were these framed storyboards from a key scene, and the waterworks turned on".

The eighth and final season of Game of Thrones begins Monday, April 15 on Sky Atlantic.