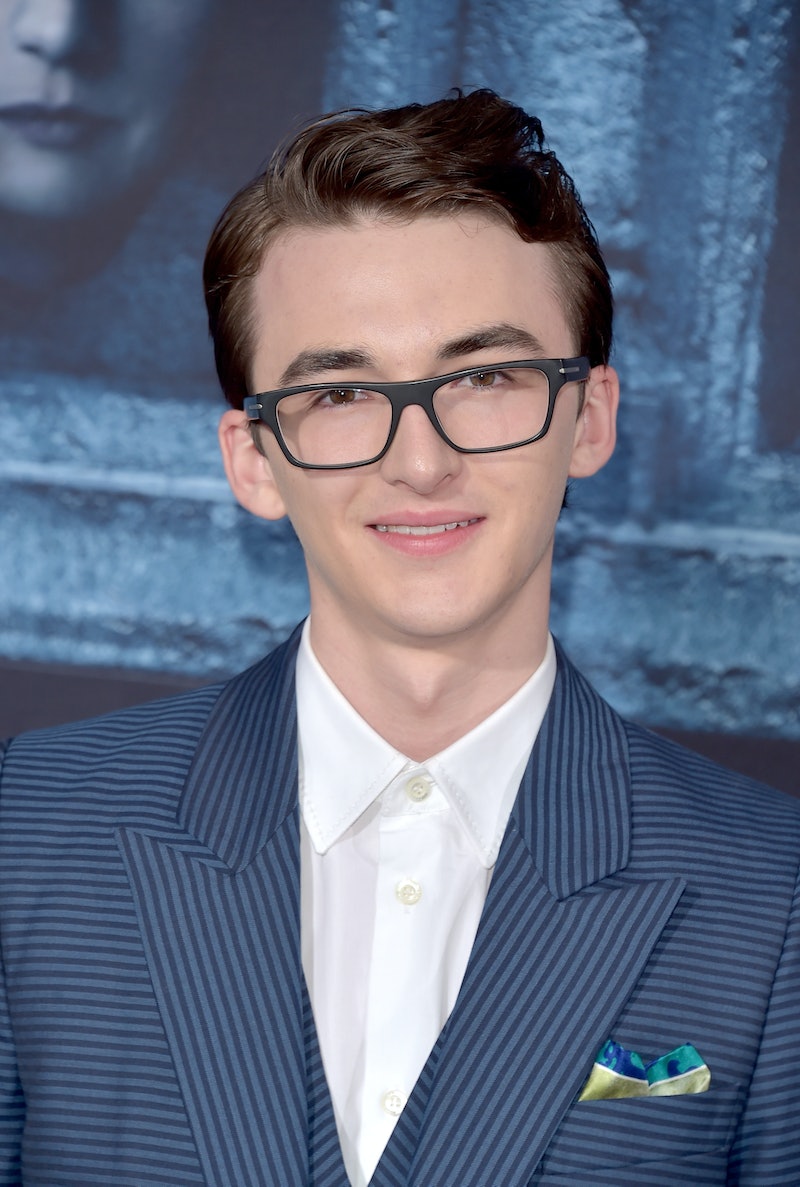 Game of Thrones has reached the point of cultural relevance that it seems even those who don't actively watch the show are affected by its events. While it seems that everyone was affected, one way or another, by Sunday's episode — Isaac Wright, who plays Bran, reacted to Hodor's Game of Thrones death in a way that was perhaps the most frustrated. It is, after all, essentially Bran's fault that everything that happened at the end of "The Door" occurred. All Bran had to do was listen to the Three-Eyed Raven and not go greenseeing unsupervised, but the young man's boredom and curiosity got the best of him.

Bran's inability to follow instructions caused him to be branded with a mark by the Night's King, thus leading the White Walker army right into the cave that provided shelter to Bran, his direwolf Summer, Meera Reed, and Hodor. This effectively led to the deaths of the Three-Eyed Raven, all of the Children of the Forest, Summer, and Hodor himself in one of the most tragic self-sacrifices in television history. Bran really screwed this one up, and, though Bran might not understand the true capacity of what he just did, Wright was quick to call his character out on Twitter.

Still, Wright's comment is a pretty big understatement considering all the damage that was done. There is no denying that Bran really screwed the pooch on this one. For real. Bran screwed his own pooch Summer over by messing up. When given more than a tweet to express his feelings, Wright admitted in a Game of Thrones featurette that "[Hodor's sacrifice is] mortifying. It's so sad." Wright, who worked with Hodor's actor Kristian Nairn for 5 seasons, continued, saying, "He's one of the only characters in Game of Thrones who genuinely doesn't have an agenda of any kind ... so to have him then killed is just the ultimate sort of twisting of the knife."Wright even admitted in the featurette that Bran is at fault for the tragedy that fell over Hodor's life. "And it really is these good, kind characters who deserve nothing like that and have been through a horrible time themselves because Hodor was just a totally normal kid who was then, sort of, screwed over by Bran."

Game of Thrones is a ruthless show, but Hodor's sacrifice could easily go down as the most heartbreaking death of the series. Hodor was a good, innocent character who gave his entire life to one of the only people who may be able to save Westeros from the White Walker army. Wright's feelings towards both Hodor and Bran are likely different than a fan's feelings as Wright is involved in the show in a different capacity, but even he seems aware that Bran really messed up this time.