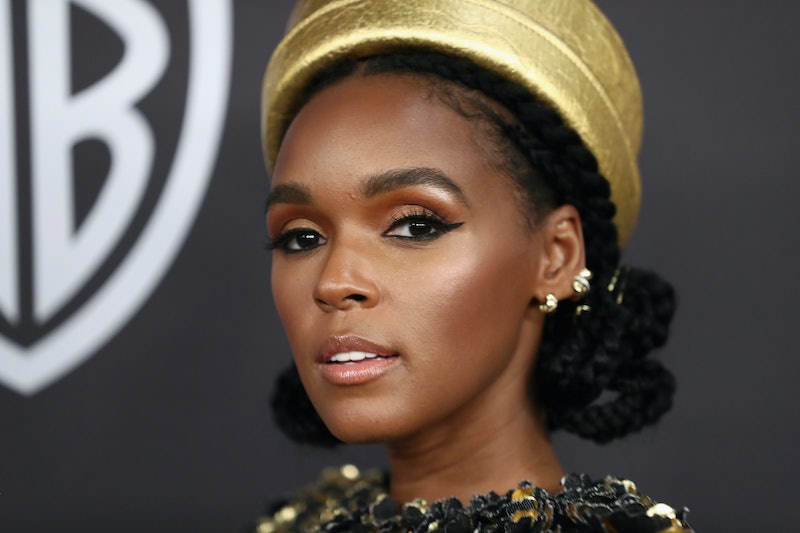 After the release of her 2018 album, Dirty Computer, and the tireless onslaught of rumors about her relationship with Thompson, Monáe came out as pansexual in an interview with Rolling Stone. But she never confirmed a romantic relationship with her longtime friend.

"Being a queer black woman in America … someone who has been in relationships with both men and women," she said. "I consider myself to be a free-ass motherf*cker." On that note, it shouldn't be a surprise that she decides not to put labels on her relationships, and that she may always be single as far as the public eye is concerned.

Around the same time, Thompson gave an interview to Net-a-Porter explaining her side of the story. "We love each other deeply," she said. "We're so close, we vibrate on the same frequency. If people want to speculate about what we are, that's OK. It doesn't bother me."

Much of the internet took that statement as an inadvertent confirmation that the two are dating, and Thompson quickly clarified on Twitter that it was not. "I didn't say I was in a relationship," she wrote.

In a later interview with The Cut, Thompson spoke more about Monáe. "The truth is Janelle and I are both in a space where we're trying to push boundaries in terms of the idea of what space a woman of color can occupy," she said. They both "believe fiercely that people should be free to love who they love," but don't stand for "super-binary conversations" about "identity or sexuality."

In other words, neither Monáe nor Thompson are interested in being put into one box and staying there, and right now, that includes a conventional, monogamous relationship. Since the whole controversy went down, the pair have been quiet in their social media interactions with one another. Monáe’s Instagram doesn’t feature any photos of Thompson (her grid currently holds only seven photos total), and Monáe is nowhere to be found in Thompson’s recent posts.

One interesting find in a not-so-recent photo of Thompson’s, though, is a repost of a writing that resonated with her. "Kiss your friends' faces more," it reads. "Destroy the belief that intimacy must be reserved for monogamous relationships … embrace platonic intimacy." Thompson shared the post before conversation about her relationship with Monáe erupted, which in hindsight, seems pretty ironic.

Monáe is set to perform at the Grammys on Sunday night — and who knows, she may show up to the red carpet with someone new. But ultimately, the reality is that her relationship status is for her to decide, and not necessarily for others to find out.