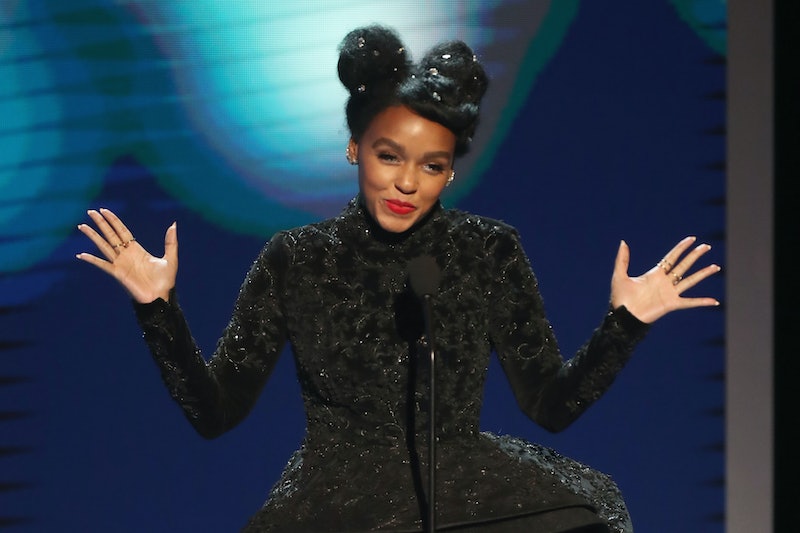 It's only February, but 2017 is already shaping up to be an epic year for actor and singer Janelle Monáe. And although we know her for her incredible performances, her hit music, and her inspiring activism, it seems like much isn't known about her personal life and whether Janelle Monáe is dating anyone. Not that anyone has a right to know, but us fans do like to know that the celebs we love have love in their own lives.

Well, when it comes to Monáe you might just have to live with staying in the dark, because Monáe prefers not to share details of her private life with the public. As a guest on Sway In The Morning radio show back in 2013, she was asked about rumors that she "is into girls." She said in response,

She continued when asked about her personal life, “You know what, I keep my personal life to myself. I think one of the things about that is that I want everyone to focus on my music.”

Monáe also touched on the topic during a recent interview with Billboard and said in reference to her movies Hidden Figures and Moonlight, "To me, feeling like the other as a woman or as a member of the LGBTQ community is parallel to what it will be like for androids in the future." She later added, "I only date androids. Androids will embrace the unique even if it makes others uncomfortable. That’s what I’m looking for: uniqueness."

While you might not hear much about her personal life, she's killing it in her career. Her critically acclaimed films Moonlight and Hidden Figures have been nominated for countless awards, and Monáe's taken home a few herself as part of the ensemble cast. Although Monáe wasn't personally nominated for an Academy Award, both Moonlight and Hidden Figures have received Best Picture nominations, in addition to a handful of other nominations such as her co-star Octavia Spencer's Best Supporting Actress nomination for Hidden Figures, and her Moonlight co-star Mahershala Ali's Best Supporting Actor nomination. Plus, who can forget the moving speech Monáe gave during the Women's March? If it doesn't move you then nothing will.

Here's looking forward to another wonderful Monáe sighting on the Oscars red carpet.