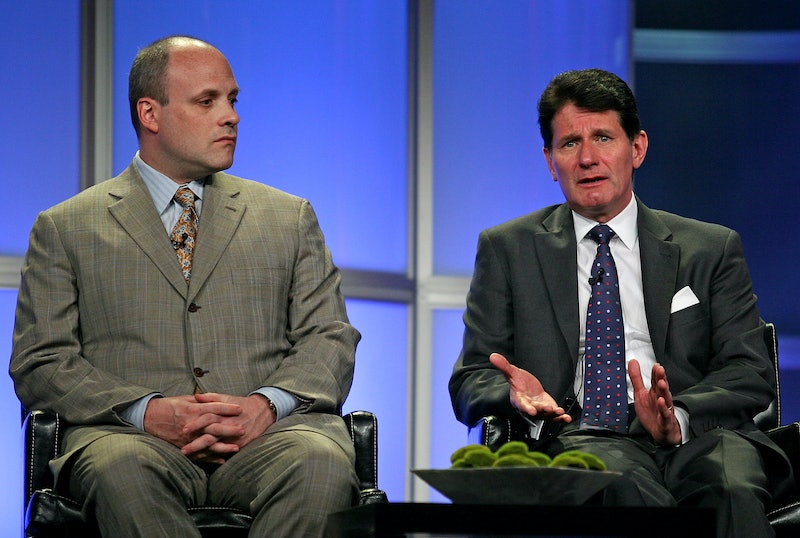 Summertime is the perfect time to dive into a new drama while you wait for your typical fall lineup to return. Showtime’s upcoming miniseries, The Loudest Voice, premieres on June 30 and follows the real-life story of Roger Ailes as he moved up the journalism ranks to become an infamous political consultant and news personality to the CEO of Fox News, which later ended when he was accused of sexual harassment and misconduct. The series will examine several prominent former and current Fox employees, including former Executive Editor and EVP John Moody, who has been a controversial man in his own right.

Per Quantum, Moody joined Fox Network in 1996 after being with Time Magazine for 13 years. He has around 40 years of journalism experience and served in several positions at Fox outside of the aforementioned titles including CEO of the NewsCore division as well as leading his own opinion column, Bellwether, to give his thoughts on political issues. So, that means he spent many years working alongside Ailes and played a part in building the network’s brand and reputation.

According to The Hill, John Moody retired in 2018 shortly after he wrote a column criticizing the U.S. Olympics team for acknowledging and lauding diversity in sports. He wrote the following:

“Unless it’s changed overnight, the motto of the Olympics, since 1894, has been ‘Faster, Higher, Stronger. It appears the U.S. Olympic Committee would like to change that to ‘Darker, Gayer, Different.’ If your goal is to win medals, that won’t work.”

The post sparked controversy among readers who called it racist and anti-LGBT and was quickly removed by Fox News, who stated that it “does not reflect the views of values” that the network wants to promote. The Hill stated that a source revealed he was planning to retire prior to the article and there doesn’t seem to be any official statement from Moody about the circumstances behind his retirement nor his Olympic opinion column. So, it can be assumed that he still stands by his words about the global event's push for diversity.

Later that year, Moody teamed up with former NPR news executive Michael Orekes, who was booted from his position due to sexual harassment allegations, and FoxNews.com alum Ken LaCorte to form LaCorte News, per Politico. The venture’s goal is supposedly to bring balanced reporting during a time when people are largely divided. It’s an interesting goal considering all three men are allegedly Donald Trump supporters and likely have conservative views about most socioeconomic issues.

The fictionalized John Moody (portrayed by Makenzie Astin) doesn't appear in The Loudest Voice's official trailer, so it remains to be seen how much of an impact he will have in the series. At this point, Moody hasn't made any comments about how his thoughts on being portrayed in a series, but he might be waiting to see it like others before he makes any statement. Or, Moody may decide to just stay quiet and not say anything at all about the TV version of himself.

Either way, The Loudest Voice is going to pull back the curtain on the inner workings of the people like John Moody who built Fox News into a massive global brand.

More like this
Jill Scott’s Millions Are Still Coming Home
By Darshita Goyal
Yes, That Is Victoria & Another ‘BiP’ Alum In Zach’s ‘Bachelor’ Trailer
By Kadin Burnett and Grace Wehniainen
The 'Wednesday' Creators Are Already Discussing A Potential Season 2
By Brad Witter
Why Wasn't Teddi At The 'Bachelor In Paradise' Reunion?
By Brad Witter
Get Even More From Bustle — Sign Up For The Newsletter