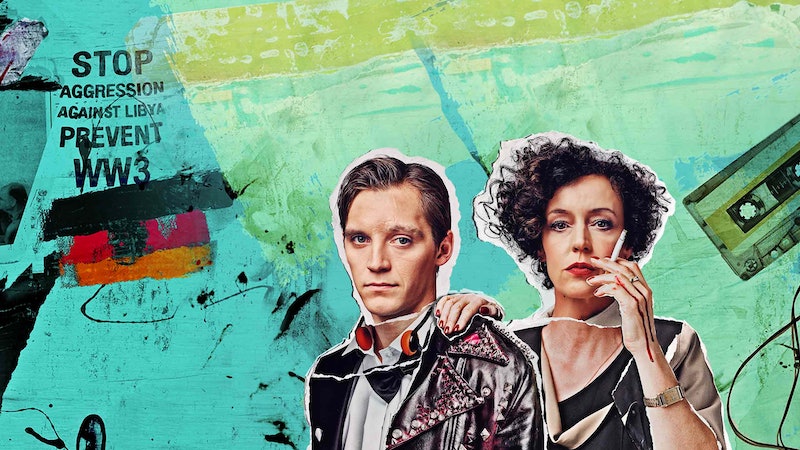 Move over brothers of the same name — there is another Jonas on the block and looks like his skills mean you have probably seen him in action already. Deutschland 83 shook a whole load of things up when it was on telly back in 2015. But who is Jonas Nay? The star has a few secret talents up his sleeve.

Nay was born in Luebeck, northern Germany and has been acting in his native country for quite a while. Dare I say, he's a twofer — Nay is not only a super talented actor, but he's also a musician with his band, Northern Lights. In an interview with NME, he explained his passion for music helped him in preparing for the role.

"When I arrived at my apartment in Berlin, there were hundreds of history books waiting for me. The only connection to that time for me was music. I’m in a band, Northern Lights, and when I was at school my iPod was filled with ’80s songs by Elton John and Billy Joel, while everybody else was listening to hip-hop," he said.

His role, for those not in the know, is as the border patrol officer Martin Rauch. Now, working as a border patrol officer in 1983 Germany was no mean feat, especially if you were behind the Iron Curtain. Rauch as an East Berlin native, had not experienced much of West Germany but that all changed when he was recruited by the Stasi. The Stasi were the secret police agency of the German Democratic Republic which is more commonly known as East Germany.

Rauch's aunt (not being a very responsible auntie) was the working with them at the time and put her nephew forward. Taking on the alias Moritz Stamm, he leaves his girlfriend and ailing mother to go get his spy on. While his job is largely avoiding being injured, caught, or killed while gathering intel — he is seen experiencing a lot more than espionage, getting to enjoy perks of the West like a Sony Walkman playing the latest hits, Coca Cola, and various snacks banned in the East.

What is this all for? Is he passionate about the GDR? Politics? No, Rauch was strong armed by the infamously ruthless Stasi to get involved with espionage. They use his mother's illness to persuade him to help, bribing him with her need for surgery. Nay shared with the New Statesman that he understands the character's compliance.

"For me, this is the best motivation ever to go – because I'm a family guy. He's not going for the East, or Communism, or an ideology, he's going for his mother".

The show will have an extra two episodes than the last season, meaning 10 lots of pure entertainment.

More like this
The Sean Bean Intimacy Coordinator Controversy, Explained
By Sam Ramsden
At 28, Lesley Manville Was Acting, Picketing, & Singing Kate Bush Songs
By Olivia-Anne Cleary
Why Eurovision 2023's Host City Won’t Be Revealed For A While Yet
By Sam Ramsden and Rachel Mantock
Stephen Graham’s Wife Plays A Vital Role In His Career
By Emma Madden and Sophie McEvoy
Get The Very Best Of Bustle/UK