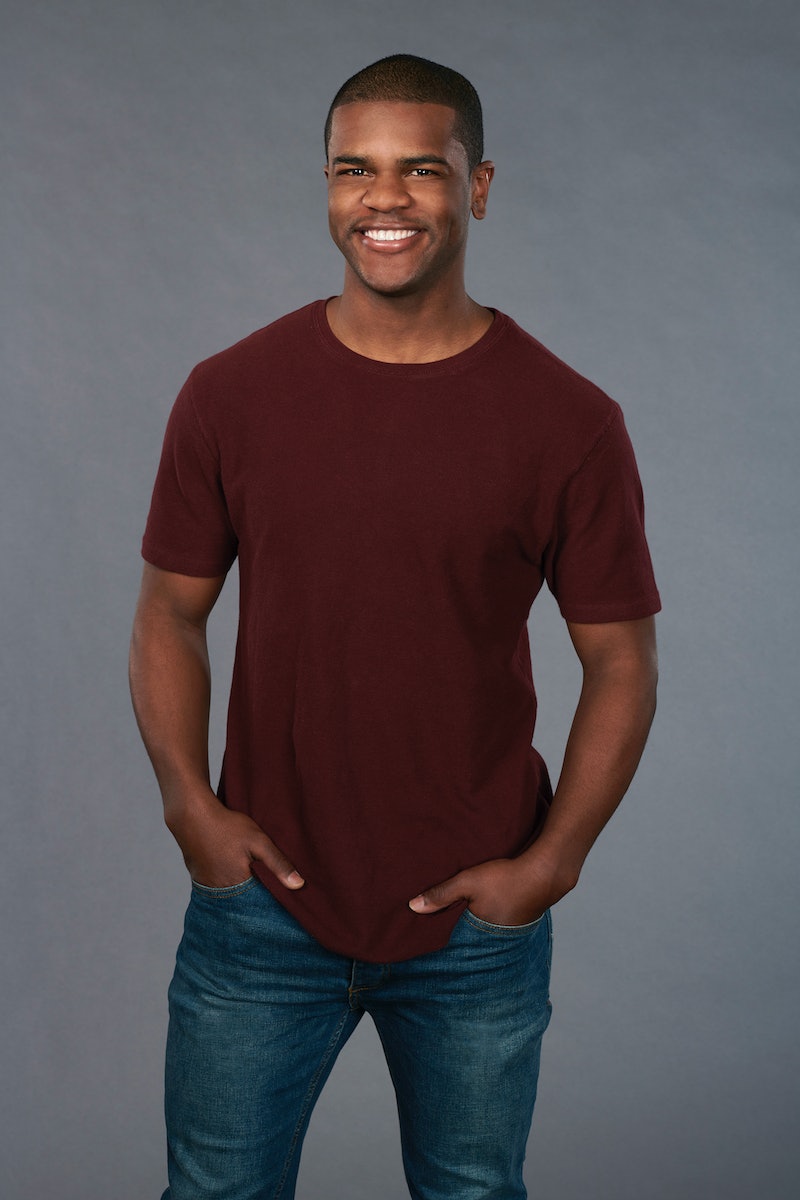 A new season of The Bachelorette is nearly upon us, meaning there are a ton of new male suitors to analyze and investigate at length. Hannah Brown went through some major heartbreak on Colton Underwood’s season of The Bachelor when she was sent home after meeting his family in Denver, but now, it’s her turn to find love, and contestant Jonathan might just be where she finds it. Who is Jonathan on The Bachelorette? Well, he might just be the answer to Hannah B's prayers.

Jonathan Saunders’ official Bachelorette bio indicated that his background and personality traits differ just a little bit from those of Hannah B., but they just might end up being proof that opposites attract. Jonathan is a Los Angeles native, so while he may not have some of Hannah’s trademark southern hospitality, he seems to be a gentleman in his own right.

His bio stated that he loves “spending time with his family at church” and that “religion plays a very important role in Jonathan's life,” proving that he’s family oriented with good values, much like Hannah herself. Jonathan is also a server, so he should have the experience to know how to treat the Bachelorette with the respect and hospitality she deserves (and if you want the chance to get served by the hunky waiter, you may have to wait, as the restaurant he works at is currently unknown).

However, Jonathan still has a little wild side. The California boy was described as "the life of the party" and loves to have a good time at the clubs, but what's more interesting is that he likes the process of getting ready to go out more than actually going out. It's a unique quirk, but one that will probably come in handy while competing for Hannah's heart, and his dedication to presenting himself at his best is admirable. His bio added that he "is a perfectionist looking for a woman who appreciates attention to detail just as he does." Hopefully, Hannah is up for the challenge.

Jonathan's bio also revealed that he has his heart set on traveling more in the future, with Miami and New Orleans being two cities he still wants to visit, and that he loves sparklers. If he's putting that as one of the main points of his bio, he must really love sparkers.

But now, on to the good stuff. Not only is Jonathan's Instagram public, but it looks like he has two accounts, meaning that Bach Nation can go on a very deep investigation of the contestant. His main account appears to be the cleverly titled @jon.tha.don, but in one of his recent posts, he linked to another account, @sight.by.saunders, which seems reserved for his artsy photography. And if he isn't at church or the club, it's likely that he's at the basketball court, given that he proclaims himself a "BBall junkie" in his Instagram bio and posted a vivid photo of a basketball hoop on both of his accounts.

He currently has 642 followers on his main account, but that count is very likely to increase after The Bachelorette premieres on Monday, May 13. And he seems prepared for a rise in popularity — his most recent post — a repost of a Bachelorette promo — shows that he's very excited to be a contestant on this season, and he's already updated his bio with "S15", complete with a rose emoji. Could that be a hint of what's to come this season? Only time will tell if Jonathan receives a rose