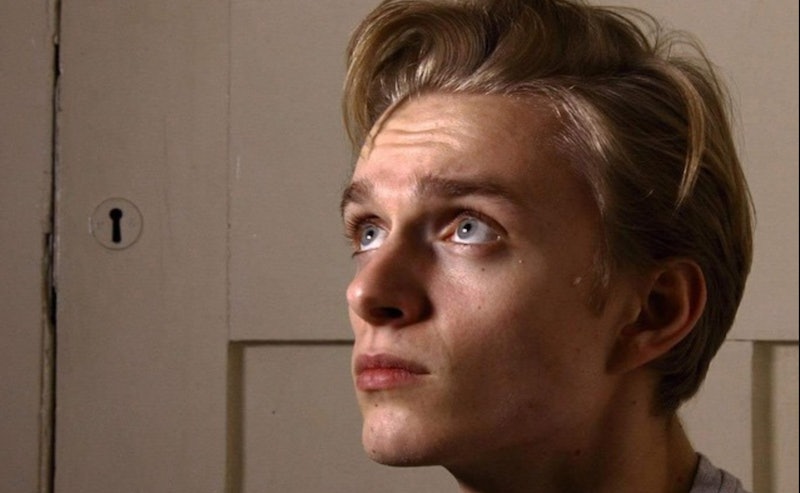 There's a lot of Christmas joy around at the moment, because 'tis the season to be jolly etc etc. However, 'tis also the season to be terrified, and I am not talking post-work-Christmas-do anxiety. Nope, just delicious horror. Mark Gatiss has gone on ahead and revived the Christmas horror story with The Dead Room. But what about the terrifyingly talented actors on the show? Who is Joshua Oakes-Rogers?

Oakes-Rogers attended the Royal Central School Of Speech And Drama, and has gone on to hit the ground running post graduation. He is experienced in both stage and screen. Stage-wise, he has among other things, appeared in a play, called Lord Dismiss Us at the internationally renowned Edinburgh Fringe Festival.

He also starred in The Sermon, a short horror film which was selected for the BFI Flare LGBTQ+ Film Festival. But y'all might actually recognise his face from long before his graduation from RCSSD. Because in 2010 he played a young Harry Hill in Little Crackers which was a Christmas special with an ensemble cast including Jo Brand, and Catherine Tate.

Oakes-Rogers is also a musician, who often performs in and around London, showing off that lovely voice, as well as an occasional model.

Wow so what can't this guy do? Well, if recent work is anything to go by, maybe he can't not scare the pants off you. He is set to appear in the upcoming spooky Christmas tale The Dark Room. This new Christmas creep-fest is brought to the screen by superstar Gatiss of The League Of Gentlemen, Sherlock, and far too many more productions to mention.

This creepy AF story is a tale of haunting, eeriness and how one cannot escape a negative past. And there was you thinking you could leave all the drama in the past. No babes, it is going to haunt you in a dead room. But what is a dead room though? It sounds, erm, deadly. Well you have almost definitely seen one on telly and absolutely definitely heard the fruits of one. Guys, it is a soundproofed, audio ready recording studio. Ambient noise be damned, dead rooms eradicate you.

The past and the present clash in this story which sees ancient acting legend Aubry Judd haunted by his dark and terrible past. A past he thought he had completely left behind.

The story has a certain theme of ending, and finishing, reflecting the fact that the BBC's Maida Vale Studios where the show is filmed, are set to close after being open for decades, and providing generations of the general public with entertainment, from the comfort of their own homes. Gatiss spoke of his dismay at the studios closing, when he spoke to The Radio Times.

"I’ve worked here for 20 years on and off, and as long as I’ve worked here it’s been about to close. Now we’ve filmed here, it is going to close. You pass that sign about the Beatles recording here and think, when this is flats, what happens to that sign? It’s obscene".

The studios are moving to a new state of the art East London location, and I guess the newness of Oakes-Roger's career and role in this TV show is in a way parallel with change, and the future. And with talent like this, the future is bright.

Watch The Dead Room on BBC4, Christmas Eve at 10p.m.