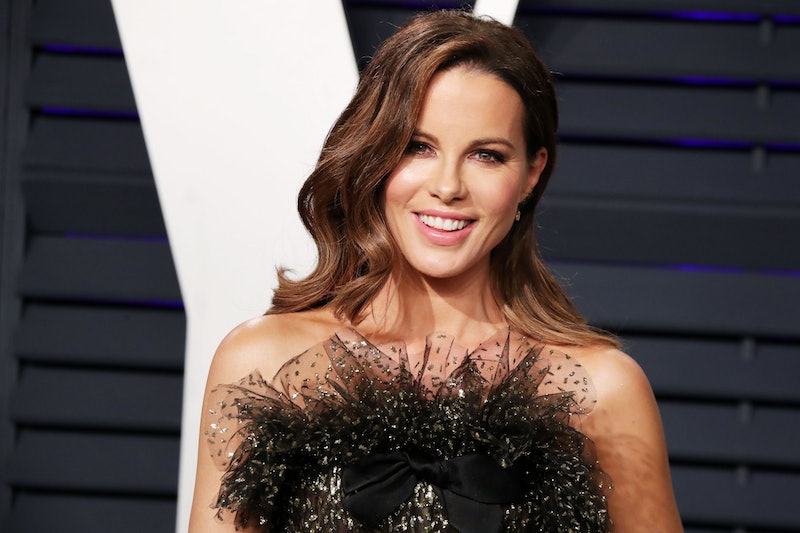 Kate Beckinsale may have made a major name for herself on the big screen thanks to her roles in the Underworld series and Pearl Harbour, but this year marks her return to television for over twenty years in ITV's The Widow. And while the actor is absolutely slaying it as the no-nonsense Georgia Wells, it's hard not to notice that Beckinsale's name has been increasingly attached to a certain Saturday Night Live star over the course of this year. So, who is Kate Beckinsale dating?

After being spotted together in January at a Golden Globes after party, speculation began to circulate that she and Pete Davidson were in the beginnings of a relationship. "They were being very flirty together, they were sitting very close on the outside patio seating," a source told Page Six. "Kate had her hand on his knee, and she kept laughing at all his jokes." A couple days later, Beckinsale replied to a comment underneath a picture of her mum she'd posted on her Insta that berated her for being with Davidson, as Cosmopolitan reports. While her reply didn't give much insight into their alleged relationship, it did serve as a fantastic clapback. "Dear heavens, Kate. Not Pete Davidson" the fan wrote, to which Beckinsale replied, "No that's my mother. Easy mistake." What a queen.

Beckinsale and Davidson were photographed holding hands in early February, but it wasn't until they were seen getting cosy at a New York Rangers game in March that their relationship was seemingly confirmed. A week later, Davidson apparently referred to their relationship during the Weekend Update segment on Saturday Night Live. While he never mentioned Beckinsale by name, he did speak about their age difference and the double standard attributed to it. He then went on to advise that if "you have questions about a relationship with a big age difference" you should take it up with a number of male actors and musicians. I mean, go off, Davidson.

Beckinsale also addressed the age gap in a recent interview with the Daily Mail, where she referred to her time making Much Ado About Nothing in 1993, and how she spent most of her time with actor Phyllida Law. "We careened around Italy together cackling and doing naughty things and it never crossed my mind that, 'Oh, here's a woman in her sixties, how weird that she's my friend.' I didn't think like that then and I don't now."

She also spoke of the intrigue surrounding her love life with the Los Angeles Times. Like Davidson she didn't address her beau by name, but she did talk about the increased media attention surrounding the relationship and her exasperation regarding paparazzi hiding outside her home. "I'm surprised by the interest. I've never been in this position before — never dated anybody who comes with their own bag of mischief," she said. "It's all quite shocking, something to get used to. I think if you liked the person less, you would bow out of it. If that were the main thrust of the relationship, there would be a problem. But it's not."

"I'd rather not have people hiding outside my house. It's a little old fashioned to have a woman's personal life [looked at like that]. It's a little bit tired."

Exactly. Beckinsale and Davidson's relationship is between, well, them and it should continue that way. They're both adults and they're happy, and in the end that's all that matters.

More like this
Lewis Capaldi Has Been Hilariously Candid About His Time On Dating Apps
By El Hunt
'Love Island's Gemma & Luca Have Very Different Ideas About Their Break Up
By Frances Stewart and Sophie McEvoy
We’ve Got A Text! Another 'Love Island' Series Is On The Way
By Darshita Goyal
England's Ben White Proposed To His Girlfriend In The Sweetest Way
By Sam Ramsden
Get The Very Best Of Bustle/UK