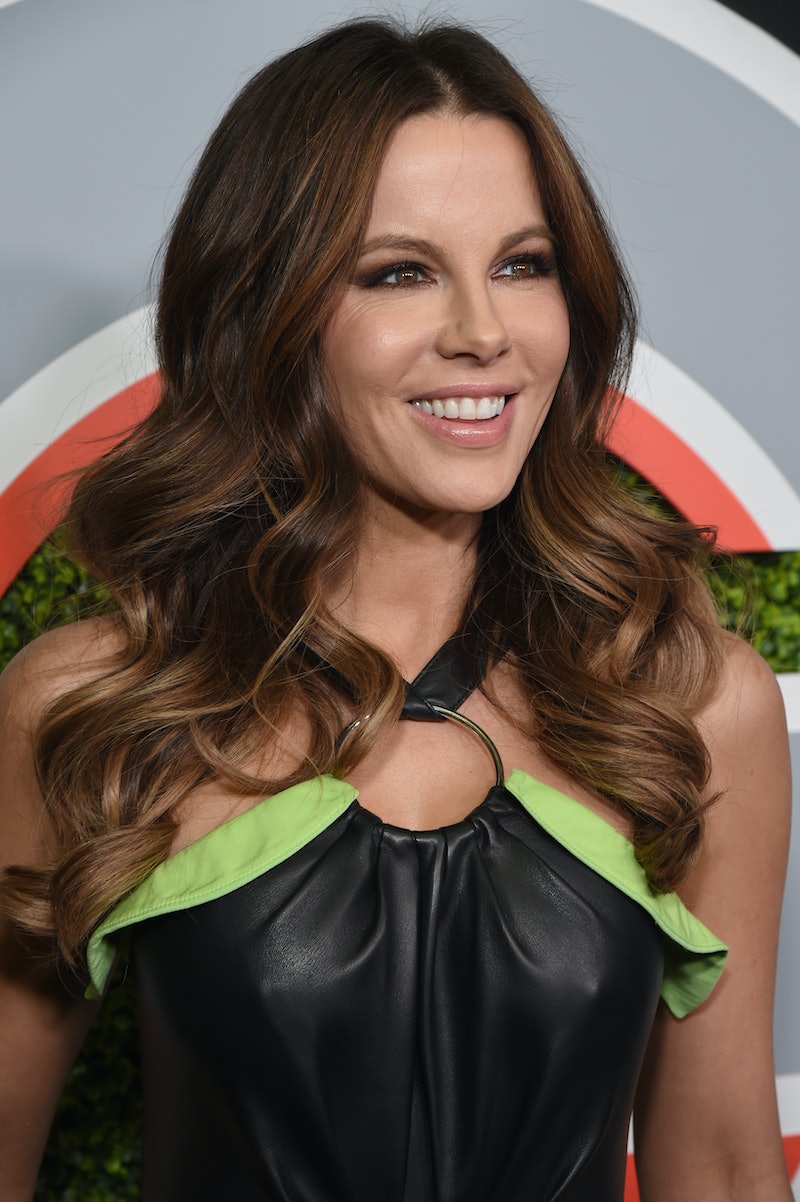 Well, it happened. It finally happened. Even though she didn't specifically mention him by name, Kate Beckinsale opened up about dating Pete Davidson during a recent interview with the Los Angeles Times. Their relationship has garnered a ton of attention since they were first spotted out together back in January, which is something that Beckinsale said has been quite an adjustment.

Beckinsale is well-aware that she's been a subject of public conversation as of late. Despite all the scrutiny, though, she doesn't seem all that bothered. "The people who like me really, really like me and would jump in front of trains for me," she told the Times. "But if you don’t like me, I don’t care. It really doesn’t affect me."

The actor then went on to discuss a range of topics, including her new Amazon show The Widow, her interest in taking on challenging roles, and her initial hesitation to join social media. Toward the end of the interview, she was asked how she felt about all the "hubbub" surrounding her current relationship status. "I’m surprised by the interest," she admitted. Beckinsale continued to explain,

"I’ve never been in this position before — never dated anybody who comes with their own bag of mischief. It’s all quite shocking, and something to get used to. I think if you liked the person less, you would bow out of it. If that were the main thrust of the relationship, there would be a problem. But it’s not."

So, in terms of what she meant by saying that Davidson came with his own "bag of mischief," she was probably referring to the hordes of paparazzi that have been following him around for the better part of a year. Davidson wasn't really a topic of tabloid fodder until around last May, when — to the surprise of many — he started dating Ariana Grande.

The attention Davidson received quickly escalated from there. Just a few weeks after confirming their relationship, Davidson and Grande announced that they'd gotten engaged. Over the next several months, their tour-de-PDA was well-documented by the paps, but by October, they'd decided to end their engagement and go their separate ways.

Despite their breakup, the media continued to keep close tabs on the Saturday Night Live star, and fans' fascination with him ramped up yet again when he was reportedly spotted getting close with Beckinsale after this year's Golden Globes. That kind of intense attention would likely put pressure on even the strongest of relationships, but it sounds like Beckinsale and Davidson are all good.

Although, according to the Widow star, she would prefer to maintain just a *smidge* more privacy. "I’d rather not have people hiding outside my house," Beckinsale told the Times. "It’s a little old fashioned to have a woman’s personal life [looked at like that]. It’s a little bit tired." Agreed.

Unfortunately, it's not likely that the paparazzi will let up on Beckinsale and Davidson any time soon. If they can continue to weather the media storm together, though, their relationship might very well last for the long haul.

More like this
Kanye West Revealed The High Percentage Of Time Kim Kardashian Raises Their Kids
By Brad Witter
Florence Pugh Reflected On Her ‘Don’t Worry Darling’ Experience On Opening Day
By Brad Witter
Netflix Reveals First Look At Wednesday In The 'Addams Family' Spinoff Series
By Bustle Editors
Everything To Know About Taylor Swift’s 10th Studio Album, 'Midnights'
By Grace Wehniainen and Jake Viswanath
Get Even More From Bustle — Sign Up For The Newsletter