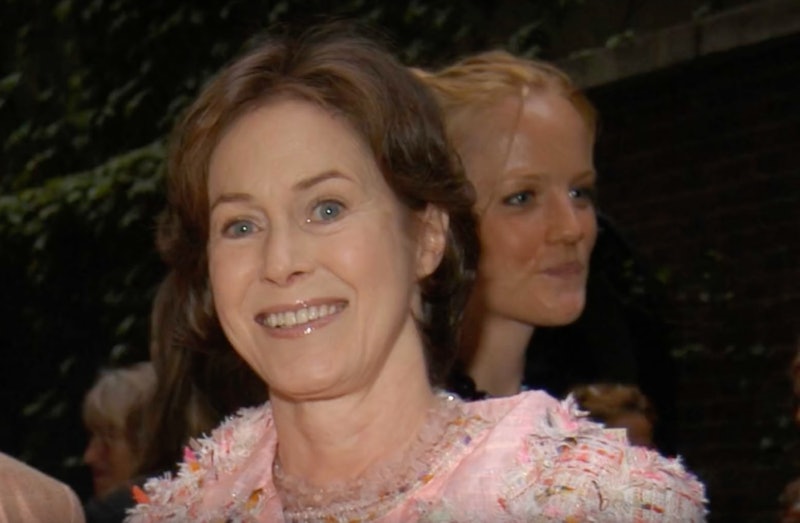 A New York judge has become a target for Trump supporters recently, thanks to her role in determining the legal fate of Trump's personal lawyer. She's no stranger to high-profile cases and right-wing media pundits are already smearing Kimba Wood, the judge hearing Michael Cohen's case. On Monday, the New York judge denied Cohen and Trump's request to recoup materials that law enforcement seized from Cohen's home, hotel room, and safety deposit box. Cohen has not been charged with anything, but is currently under criminal investigation for reasons prosecutors have not revealed yet.

For Wood, the Cohen drama means she's under public scrutiny, with the media pulling up her past judicial decisions, political connections, and even Wood's brief stint training to be a Playboy bunny. Wood, 74, studied at Harvard Law School and the London School of Economics. She has 30 years of experience as a U.S. District Judge and was appointed by former President Ronald Reagan.

One of Wood's major cases includes a 2010 one where she presided over the guilty pleas of 10 Russian spies who had been working undercover in the United States as sleeper agents. The story of the Russian moles, believe it or not, inspired the TV show The Americans.

Cohen admitted to making a personal payment to Daniels, but denied that the payment had any connection to the Trump campaign. Trump has denied all the claims and his press secretary Raj Shah told reporters on March 26:

The President strongly clearly and consistently has denied these underlying claims. The only one who has been inconsistent is the one making the claims.

The biggest surprise in Wood's courtroom came, however, when the judge ordered Cohen to publicly reveal his clients. Cohen's previous clients had already been disclosed: President Trump and Elliott Broidy, the former deputy finance chair of the Republican National Committee. Cohen's lawyers had been adamant about keeping a mysterious third client a secret from the public, but the identity was finally relinquished in a showdown between Wood and Cohen's lawyers. Cohen's other client is none other than Sean Hannity, a Fox News host and staunch Trump defender.

Immediately afterward Hannity went on Twitter to distance himself from Cohen's criminal investigation:

Michael Cohen has never represented me in any matter. I never retained him, received an invoice, or paid legal fees. I have occasionally had brief discussions with him about legal questions about which I wanted his input and perspective.

The Hannity reveal spurred far-right commentators and conspiracy theorists to turn Wood into their enemy. Pro-Trump pundit Mike Cernovich, for example, blasted the revelation as a violation of attorney-client privilege. “I think the judge just did it to f*ck with Hannity," Cernovich told Vanity Fair. "Why does it need to be public?”

Trump fans have also taken to Twitter to condemn Wood for her connections to the Clintons and for hiring an undocumented immigrant (though it was legal to do so at the time). That's because in 1993 then-President Bill Clinton was considering Wood for attorney general. The previous nominee was rejected after it was discovered she hired undocumented immigrants as a nanny and a driver. But Wood was also dropped from consideration after telling White House screeners she was sponsoring a nanny from Trinidad for a green card but had done so legally and paid all the taxes for it. Wood said in a statement at the time, according to The New York Times:

I have fulfilled every legal requirement with respect to the employment of our babysitter. Nevertheless, and after further consultations, I have concluded that in the current political environment, proceeding further with the possibility of my nomination would be inappropriate.

“Had it not been for ‘nanny-gate,’ Kimba Wood would have been confirmed as attorney general, a position for which she was probably better qualified than the eventual choice of Janet Reno,” said Professor Patrick Maney to ABC News. Maney teaches modern American history at Boston College. He added that "Nanny-gate" also ruined Wood's possibility for a Supreme Court nomination.

But the nanny situation wasn't the only thing to come out of the vetting process. The White House also discovered Wood briefly trained as a Playboy bunny when she was a cash-strapped student in 1966. She trained for five days at a London Playboy Club before quitting the gig.

While pro-Trump supporters want to highlight these details, which aren't damning anyway, legal experts don't seem to be questioning Judge Wood's experience, intelligence, or capabilities. “She is respected by the lawyers who argue in front of her, and beloved by her fellow jurists,” legal analyst Dan Abrams told ABC News.