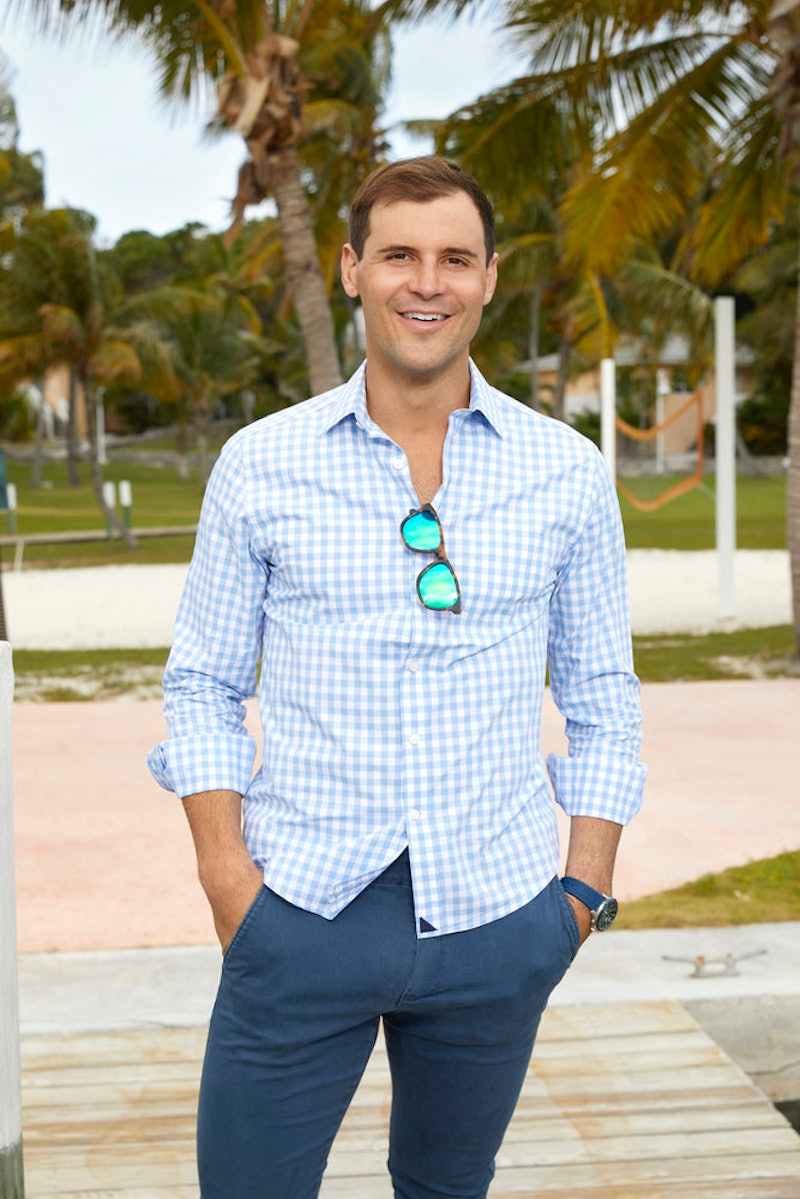 Put the cast of Vanderpump Rules on a ship in the Bahamas, and you have Bravo's newest reality show, Unanchored. Just like the crew at Sur, these cast members already know one another, which could mean even more potential for drama on the high seas. One of the sailors is Korey Warzala who is a self-proclaimed pretty boy. And like his fellow sailors, he can't remain stationary. He's always boarding a plane to a new destination, but he did manage to stay on board theUnanchored yacht for three whole weeks, which for him, is an accomplishment.

Warzala joined his shipmates for a "floating festival" called BucketLust, and that's how Unanchored was born. The BucketLust is a yacht vacationing business through which you can book yacht cruises to various locations including St. Martin, Greece, and more — pop-up yacht parties included. According to the official site, all you have to do is select a route, pick a yacht, gather your crew, and get ready for the trip of a lifetime.

According to his official bio for Bravo, Warzala is the ship's honorary clean freak and packs an oversized toiletry bag containing more supplies than that of all the girls' combined. Not to mention, while traveling, he says he has to shower three times a day, which could be a problem at sea, considering there's a limited amount of fresh water on board.

In a list of ship rules the cast gave Bravo, one of the cast mates, Barrett Young's rules is to conserve water. "We're on the ocean for multiple days at a time," he said. "Short showers, or shower in the ocean. Turn water off when you're not washing dishes and things like that." That might be a problem for a guy like Warzala. Hopefully they don't make him walk the plank, which would be funny, considering his contribution to the ship rules is "safety third."

He lives in San Francisco, and his bio calls him a "classic Silicon Valley striver — driven, intense, opinionated, a little vain, and highly motivated to be successful in the SF tech scene." His LinkedIn profile says he is in Business Development & Partnerships at Braintree, a PayPal company. He has a Bachelor's Degree in Graphic Design and Marketing from Indiana University, as well as a certificate in Strategic Decision Making and Risk Management from Stanford University.

He's also part-owner of a sunglasses brand called Sendies, each pair of which gives back to the environment when purchased. Each pair goes for between $50 and $60.

When he's not on the move in his travels, he's on the move physically — skiing, surfing, and participating in triathlons. He has also competed in a "San Francisco-Bro” themed beauty pageant for men, per his bio. To say he's a little vain may be an understatement. His Instagram feed can pretty much be summed up in three words: travel, girls, and abs.

Throw in the occasional glass of wine and cringe-worthy punny caption, and you can picture it perfectly. In the trailer, he's caught asking a cast mate for her honest opinion on how "these leggings make [his] ass look." So you might be able to guess what the rest of his time on screen might look like. But if you want to know for sure, tune in on Monday nights at 10 p.m. ET.