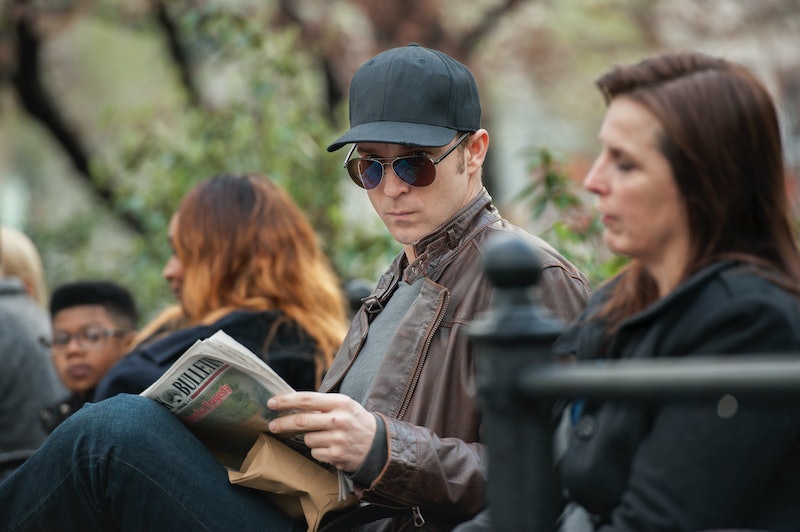 It wouldn't be a Marvel series without a conspiracy theory or two, and Jessica Jones found one in a rather unexpected character. Who is Will Simpson's Doctor Kozlov on Jessica Jones ? Take heed, there are spoilers for Episode 9 and beyond ahead.

We learned about this mysterious figure through Officer Will Simpson, a cop who had been asked to kill Trish Walker under Kilgrave's orders, felt remorse, and grew close to her. After being attacked by Kilgrave, Will asks repeatedly for a Doctor named Kozlov who allegedly worked at Metro-General Hospital — except that there was no Dr. Kozlov on record and none of the triage doctors knew who he was. However, Will kept insisting that Kozlov would show up, and low and behold he did. Trish left the room, and Kozlov said that he wanted "back in the program," which apparently involves the administration of red, white, and blue pills and a collection of similarly clean cut "boys" that follow him around and take orders from the doc.

As if that wasn't shady enough, the combat drugs seemed to make him lose control of himself in addition to the curing. He becomes aggressive, not himself, and repeats phrases like a malfunctioning robot or record player. According to him, the drugs make everything turn red. Under their influence, he killed Detective Clemmons and went after Kilgrave's father. He even used them to take out two of Kozlov's cronies. They're a full service operation, apparently. Kozlov himself comes to clean up the crime scene after Will's big confrontation.

What is this program and what are these pills? Is this some variation on the super soldier serum that created Captain America, and by proxy other characters including The Hulk, the Red Skull, and the Abomination? Is Doctor Kozlov a member of Hydra, or S.H.I.E.L.D., or (let's be real) both? There is one comic book character named Michael Koslov, a freedom fighter and scientist. However, there was nothing sinister about him. There's also a Commander Koslov in one of the Fantastic Four comics, but no leads there either. We know so little about this character that he's almost definitely being set up to be a bigger mystery in Jessica Jones and the Marvel universe.