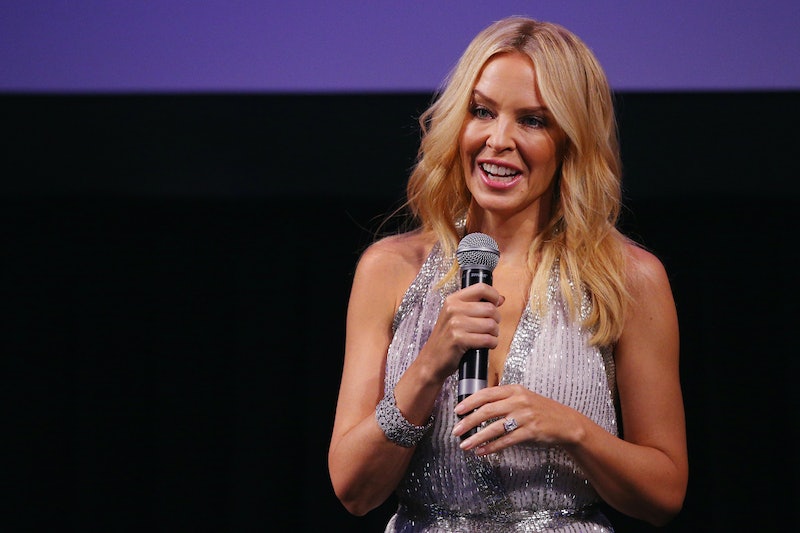 Kylie Minogue is arguably one of the biggest Aussie exports since Vegemite. The legendary recording artist has been a stalwart of the music world since she got her start on Neighbours. Releasing banger after banger, there's no denying that she really knows how to get fans going and is a huge crowd pleaser. So much so that later this summer, she's doing what all musicians dream of and headlining at Glastonbury. So does this performance herald more shows from the star? Will Kylie Minogue tour the UK?

Well guys, the good news is that she will be hitting up a few other festivals and concert dates over the summer. And there are actually still tickets available. Yes!

As well as the UK tour, she will also be heading Belgium, and the Catalan capital Barcelona so if you fancy a bit of an international trip — why not try something a tad different. I mean if recent weather is anything to go by then you might well want to get the hell out of dodge ASAP. If not only for the actual sunshine but the sunshine inducing experience that is seeing Minogue live. And having seen her live myself, I can assure you it's a hell of a show.

Minogue will be kicking off her tour at Hampton Court and will finish with her headlining Brighton And Hove Pride. One of the biggest pride celebrations in the UK. Tickets are still available for some dates here.

After she was announced as a headliner on Glastonbury's Pyramid stage there were a few people who were a little miffed. Wanting something perhaps a little more rock n roll. They obviously haven't seen the shows she puts on and like I said, the bangers go on and on. The show will also be a victorious performance for Minogue who had to cancel her 2005 show on Worthy Farm because she was being treated for breast cancer at the time, as The Guardian reports.

One of the most exciting things about watching a headliner at Glastonbury is the potential for who will come out on stage to sing with the star. And guys, Minogue has done a lot of iconic duets. From the song that made her a global pop sensation with Neighbours co-star Jason Donovan Crazy For You. To her turn alongside legendary Aussie musician Nick Cave in Where The Wild Roses Grow. To of course her pretty saucy duet with Robbie Williams Kids.

The pop star has hinted that she might get her famous gold hot pants out for the show. The itty bitty shorts that according to the Guardian were bought for 50p in a charity shop. Kylie spoke to The Sun about the potential of the famous shorts making an appearance.

"I hadn’t thought about that. Gosh, I don’t know. You’ve really planted a seed that I had not considered. I don't think they would have the same impact as they did in 2000".