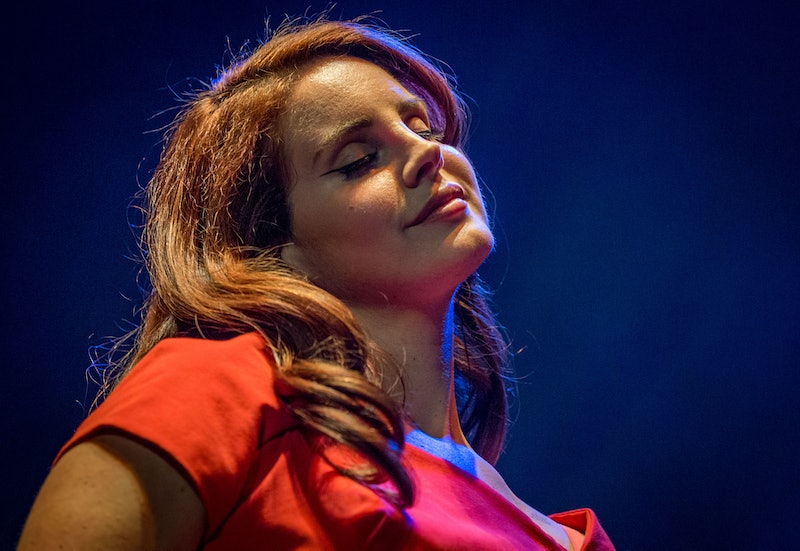 Each one of Lana Del Rey's songs feels like a lovelorn anthem to something — sometimes it's America, other times it's old glamour, but most of the time, her songs are addressed to the people she's been in love with. Her breakout single 'Video Games' was just that — an anthem to an old love who couldn't live up to her romantic expectations. Now, most of her songs swell with love. "If you weren't mine, I'd be jealous of your love," she sings on recent single Venice B****, but who's she singing to? Who is Lana Del Rey dating?

While I, for one, suspected that Jared Leto was Lana's boyfriend when I first saw them stepping out together at the Met Ball in 2018 — that suspicion's yet to be confirmed. They have been spending a lot of time together recently, but it's mostly been for professional reasons. Leto has starred alongside Lana in numerous campaigns for Gucci. Their most recent saw them teaming up with Courtney Love for the Gucci Guilty campaign.

Either they're keeping things super private, or they're just pals. I've contacted Lana's rep just to make sure. I'll be sure to update you when I hear back.

But in my opinion, I reckon Lana might be flying solo — both figuratively and literally. She told Zane Lowe that she'd been keeping herself busy with flying lessons before he premiered her second single, "Venice B*****" from her upcoming album Norman F****** Rockwell back in September, 2018. It seems as though she's trying to take more time for herself at the moment.

She's previously been linked to rapper G-Eazy, who she started dating in early 2017, according to The Daily Mail. They then reportedly split in September of the same year. They were first spotted together at Coachella in April of 2017, and as a source then told the paper, while they were watching Kendrick Lamar's headlining set, G-Eazy was reportedly looking at Lana dance "more than the stage." Lana? Kendrick? I'd be in a conundrum too.

Before that, rumours that Lana was dating actor James Franco ran rampant. Like her appearances with Leto, Franco and Lana's frequent Instagram posts got tongues wagging in 2014. It got to the point where Franco had to dismiss the rumours himself when he appeared on The Howard Stern show in December, 2014, E! Online reported. When Stern asked if him and Lana had dated, the 127 Hours star answered: "No, she's a friend of mine...We're friends." But had anything ever happened between the two, anything at all? ""No," Franco assured. "On my life."

So, if Lana has dated anyone since G-Eazy, she's kept it impressively under wraps. She doesn't seem to have been papped with anyone, and nowadays, her friends and family take up most of the posts she shares on her Instagram grid. There's hardly a beau in sight. Now, her love songs are also about herself. Who's her man? "I'm your man," she sings. Now that I can get on board with.