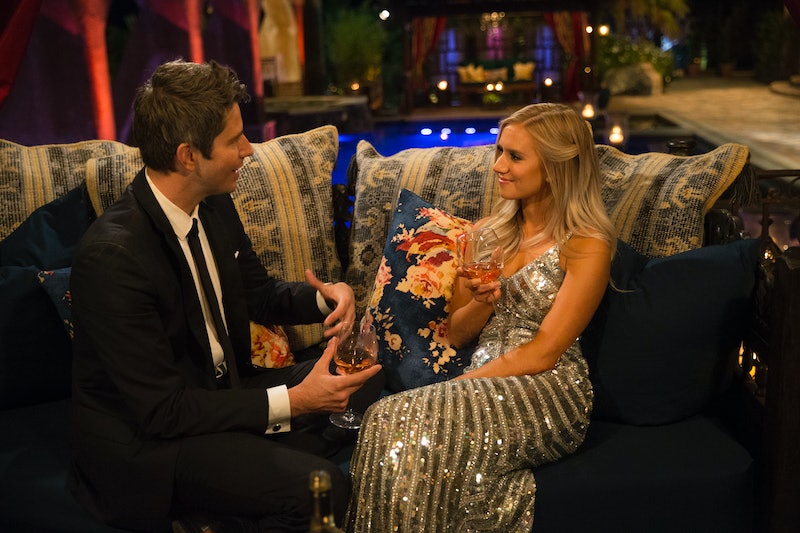 Everyone has a past, and never is that past more sure to come out than when you’re a contestant on The Bachelor. You have to share your ex and your history on national television, and sometimes, it may not be something that you want to talk about, or that is painful to talk about. On her one-on-one dates, Lauren B. told Arie about an ex of hers that broke her heart. Oh, yes, she opened the ex-file. Who is Lauren B.’s ex-fiancé from before The Bachelor?

Lauren has been afraid of opening up to Arie basically the whole time she’s been on the show, but since hometown dates are creeping in and it’s getting down to the wire, it’s time. It’s time for her to be honest, and it’s time for her to talk about her feelings and her hopes and dreams and fears. All of those things were once wrapped up in one person — according to Reality Steve, his name is reportedly Chris Crane, and he is a minor league hockey player, first in the San Jose Sharks organization and now with the Toronto Maple Leafs. Lauren and Chris got engaged in July 2016 (his mother has a video of the engagement on her Facebook, which you can see here), and their wedding was supposed to be July 2017. They split shortly before Lauren went on The Bachelor, so there was no overlap between Chris and Arie. You can see a pic on his Instagram of the two here (second couple from the right).

So why did Chris and Lauren break up? In her first one-on-one date with Arie, Lauren told her side of the story. “'I felt that was something very serious and I was ready for it and I thought he was my person I was going to be with for the rest of my life. Then as soon as we got engaged, he was cool with not treating me very well. It did affect me emotionally and I'm even more guarded than I was before.”

It's worth noting, of course, that this is just one side of the story. We don't know Chris', and there are always multiple facets to every break up. Peeping their social channels, Lauren and Chris clearly don’t speak, because they don’t even follow each other. That’s for the best, probably — you don’t need to talk to your ex-fiancée, especially if you split in a seemingly ugly way before one of you went on a dating show.

Arie didn’t seem phased by hearing about Lauren’s old relationship, by the way — he has a sob story of his own. While Lauren was telling him about being engaged, Arie was telling her about his biggest heartbreak. “My most serious relationship was with someone who had two kids, and we lived together and we were together for a few years,” he said. “She was actually pregnant with my child, and when she got pregnant, I thought to myself, ''Well, maybe it's meant to be.’” Unfortunately, she suffered a miscarriage and lost the baby. “She called me when I was out of out of town and she said, ‘I lost the baby, and when you come home, I won't be here.’ I thought, '’OK, she's overreacting because I wasn't there.'’ But she just — that was it. That was it for us," Arie told Lauren.

I mean, damn. That is some sad stuff. Both Lauren and Arie have had their hearts smashed to bits in the past years, and they’re ready for something new. Both are clearly scared of falling in love again — Arie was straight up panicked when Lauren told him she was falling in love with him. He had to get up and walk away, which is not the reaction I would be hoping for, either. Whether Lauren and Arie stay together or not, it’s to Lauren’s benefit that she got out of a relationship she felt wasn’t right for her. Hopefully now she knows what she wants — and, if it's Arie, best of luck to them both.