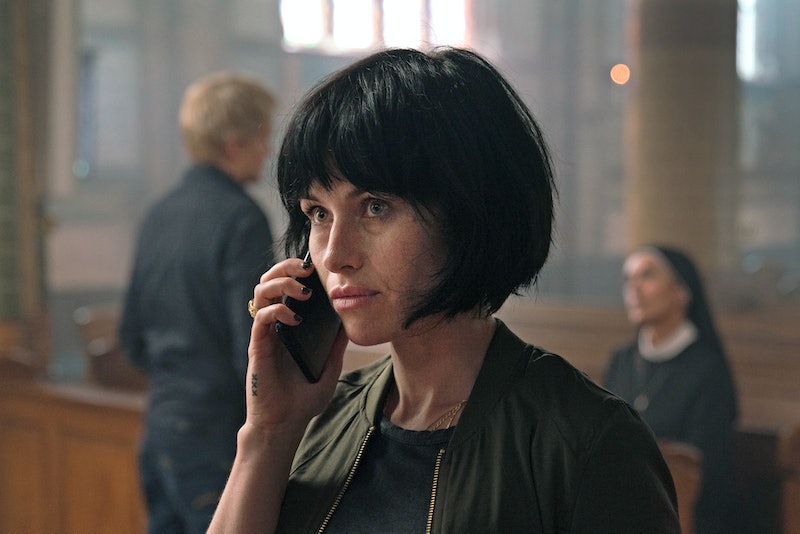 The classic ITV crime drama Van der Valk has been given a modern-day revamp, and will again centre around a highly-skilled Dutch investigator as he takes on a series of criminal cases in the capital city of Amsterdam. Headlining the show's cast is Hustle's Marc Warren, who appears as the inquisitive detective. But who is Maimie McCoy, the actor playing Lucienne Hassell? Here's everything you need to know about the Van der Valk star.

As the Express reports, Maimie McCoy is an English actor, who's credits include the BBC period drama The Musketeers, and more recently, ITV's White House Farm. Born in Yorkshire, McCoy later studied at the London Metropolitan University, where she graduated with a degree in performing arts back in 2001.

As noted on her official portfolio, the actor also previously starred in the 2014 feature-film Set Fire to the Stars opposite Elijah Wood, and has appeared in a string of popular television dramas, including ITV's DCI Banks, Grantchester, and many more.

McCoy's latest role can be enjoyed in the freshly-rebooted Van der Valk, in which she portrays Lucienne Hassell — detective Van der Valk's fiercely competent right-hand woman. As the Radio Times reports, the character of Lucienne is thought to be replacing inspector Johnny Kroon, who was portrayed by Michael Latimer in the show's original run, airing between 1972 and 1992.

ITV's latest Sunday night staple centres around the adventures of detective Simon "Piet" Van der Valk in the city of Amsterdam, as he investigates high-profile cases with a team of trusted aides, and becomes immersed in the worlds of art, politics, addiction, mysticism, and fashion.

Joining McCoy in the show's main cast is leading man Marc Warren, who is most notable for his roles in the Sky One thriller Mad Dogs, BBC's Hustle, and most recently, Netflix's Safe.