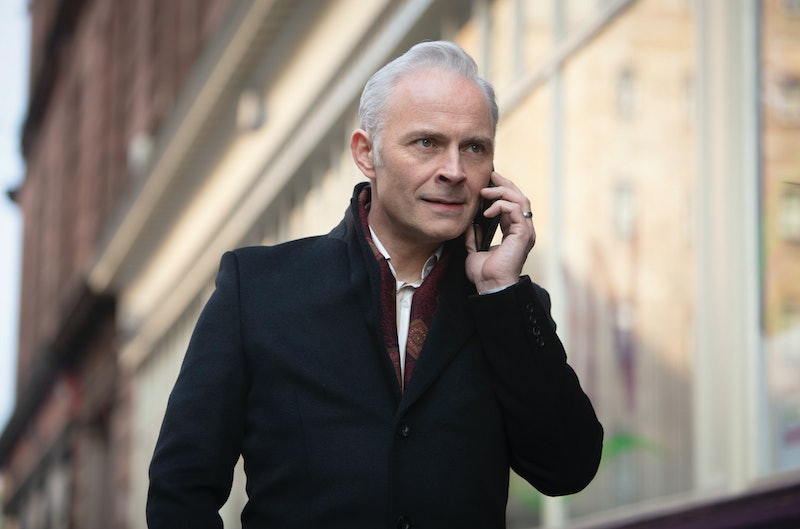 If you're looking for a gripping new TV show you won't have to commit to for too long, you may be interested to hear about BBC Scotland's new four-part series Guilt, which debuts tonight. While the show sounds excellent, and I can't wait to start watching, let's get to know one of the show's stars a little better, and answer the question who is Mark Bonnar?

Bonnar stars as one of two brothers (who play the lead roles), Max. Their story begins when they accidentally knock down an elderly man while driving, and Max persuades his brother Jake to leave the scene. As the show's name suggests, this unsurprisingly leads to strong feelings of guilt from the brothers.

The show is filmed in Edinburgh, where, as The Sun reports, Bonnar spent most of his childhood and youth. Prior to moving to the capital however, he was raised predominantly in East Kilbride, where filming also took place for Guilt, according to the Sunday Post. Bonnar has since moved away from Scotland, and now resides in Hertfordshire. He lives there with his wife, fellow actress Lucy Gaskell, who is best known for her role as Ruby in Cutting It.

Surprisingly, Bonnar actually attended the same school as his co-star Jamie Sives (who plays Jake) at the Leith Academy in Edinburgh. In fact, this helped Sives to get his role, with Bonnar immediately suggesting him to the writers: “I said that not only did I know him, we went to Leith Academy together," Bonnar says he told them when asked about Sives. "It really was serendipity. Without a doubt, the fact that we know each other so well helped with playing the brothers," he added when speaking to The Sunday Post. The two have developed what the BBC describes as a bit of a 'bromance,' with Bonnar explaining: "It was kind of a match made in heaven; we have a lovely relationship, he’s a wonderful human being and a great actor."

Professionally, you may recognise Mark most from his TV appearances this year that included shows such as Shetland, Catastrophe, and Summer of Rockets. Perhaps most notably however, he starred as Deputy Chief Constable Dryden in the second series of Line Of Duty.

“Being a part of that with Keeley Hawes was a big stepping stone. These are very good times for me," he told The Sunday Post.

The star first got into acting when his friends at Leith Theatre signed him up to star in some productions. Bonnar then signed up for a National Certificate in drama at Telford Collage, followed by three years at Glasgow Royal Scottish Academy of Music and Drama.

You can catch the first episode of Guilt tonight, 30 November, at 9pm on BBC Two.