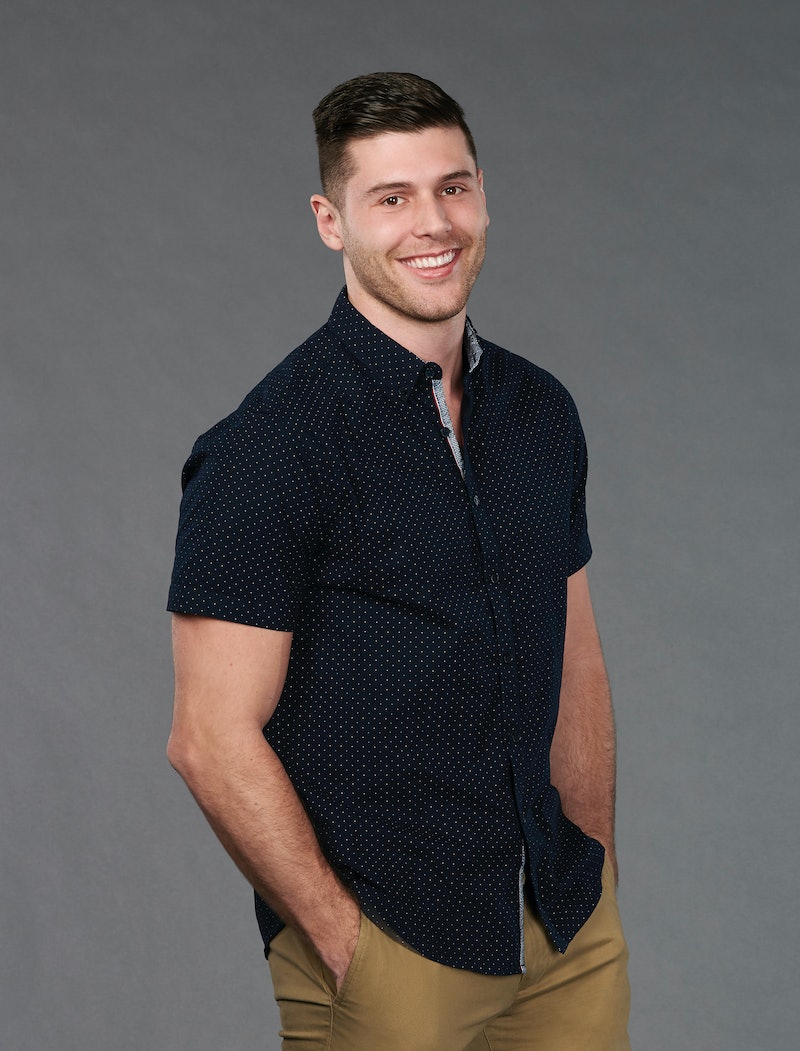 Even before Hannah Brown's season of The Bachelorette aired, some of her suitors have already made headlines. Bachelorette contestant Matteo is a sperm donor, who's fathered 114 kids, according to his official bio on the show's website. Just for reference, Matteo is 25 years old. While it's an attention-grabbing fact, it sounds like he wants to use that spotlight to spark a meaningful conversation.

In addition to including this tidbit in his ABC bio, Matteo discussed his experience as a sperm donor further in some videos posted to Instagram on Monday, May 13. He began,

"At this point, it seems like everybody knows that I used to be a sperm donor. And I think it's important to note that it's not something I'm ashamed of."

Matteo admitted, "I never expected it to help this many people. However, I am proud of the people that I was able to help. I think more people struggle with this problem than we maybe realize." Then, he shared, "Whatever those reasons are for families turning to sperm donation, I'm happy I was able to help them create that family that they've always wanted."

In the second video from his post, Matteo said, "For obvious reasons, I don't use this is an ice breaker." (He seemed to be addressing a line in his Bachelorette contestant bio that came after the mention of his role as a sperm donor: "talk about an ice breaker.") He continued to rebuff that notion when he said, "It's a little more personal to me. I usually don't tell people for a bit. I hope it starts a healthy conversation around the topic and the creation of non-traditional families."

Aside from his side gig, Matteo currently works as a management consultant in Atlanta, Georgia. Before moving to Atlanta, he lived in Austria and Kenya.

In a Feb. 20 Instagram post, Matteo shared what Atlanta means to him. He wrote, "Might not be born and raised in Atlanta, but it certainly has shaped me over the past 10 years."

His cast member bio also reveals that he graduated from Georgia Tech with a degree in mechanical engineering. During his time at college, Matteo was a member of Sigma Phi Epsilon fraternity. Eventually, he applied his education to start his own virtual reality startup, another factoid that he shared in his Bachelorette bio.

Before that, Matteo worked for Deloitte at some point, an experience that he reflected on with a Feb. 8 Instagram. He shared a selfie in front of their office building and wrote,

And just a month later, that "new adventure" included filming Hannah's season of The Bachelorette.

He has a pretty well-rounded résumé. Aside from his work at Deloitte, creating his own start-up, and the sperm donations, Matteo has shared several professional modeling photos throughout the years.

Given his modeling experience, it appears Matteo is very into physical fitness. He has also documented his workouts on social media, just like many Bachelorette contestants who came before him.

Of course, Matteo's history as a sperm donor is the standout line in his bio, but there's so much more to it than being an interesting sound bite. Matteo is proud of helping so many people start families and that's just one aspect of who he is. Fans will (hopefully) learn a lot more about him as Hannah's season progresses.