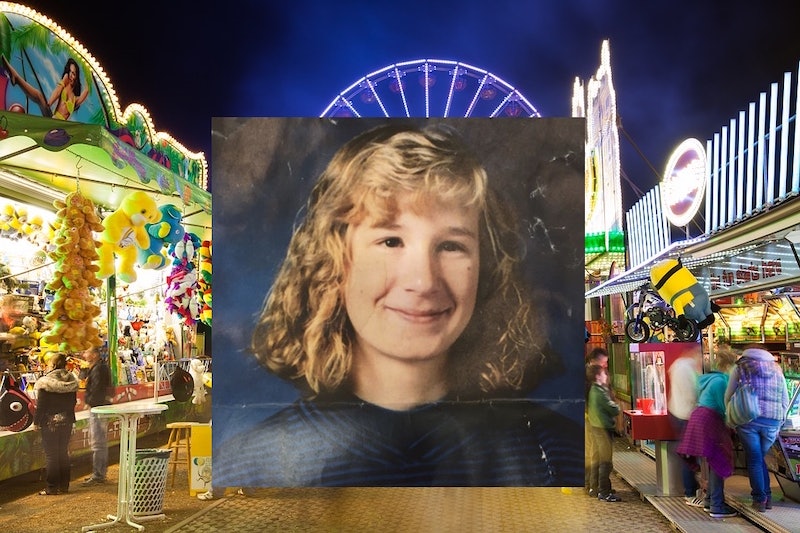 On Sept. 17, 1992, 14-year-old Misty Copsey disappeared from the Puyallup Fair (now known as the Washington State Fair) in Puyallup, Washington State. She was meant to catch the 8:45 p.m. bus home to Spanaway, where she lived with her mother — but she missed it. She was never seen again. But on Sept. 17, 2017, the Puyallup Police Department put an unusual strategy in motion in an attempt to draw renewed attention to the case: The police tweeted in the voice of Misty Copsey, re-introducing her to the world through photos, memories, and details of what happened the night she vanished. The hope is that, on the 25th anniversary of Misty’s disappearance, people who might have seen her that night may come forward with new details we haven’t hitherto known — details that might help solve the case, despite its age.

Said Captain Scott Engle of the Puyallup Police to K5 News, “We’re really trying to show who Misty was. That she was actually a young, vibrant 14-year-old girl who went to the Puyallup Fair just like so many others back then. But she had an outcome that to this day, we still have not been able to solve what happened to her.” Engle thought up the idea for the social media push during a conference in California; the conference included law enforcement officials from Manitoba describing their use of social media in a murder investigation, according to the News Tribune, which got Engle's gears turning. He hoped that a similar strategy might encourage people who might have been at the fair that night and may have photos or information to step forward — and, indeed, K5 reported that as of Monday, the Puyallup PD were working through a number of tips brought in by Sunday’s Twitter thread.

The Puyallup police worked with Misty’s mother, Diana Smith,o n the social media push. According to the News Tribune, Smith’s “relationship with the department has been rocky over the years”: In 1992, reports the outlet, the assumption that Misty had run away despite her having no history of runaway behavior caused some leads on the case to go unpursued, for which Smith has never forgiven the Puyallup PD. In 2011, however, she did tell the News Tribune, “I've finally come to the point where I know that I can't do anything. It's just the way it is. Nothing I can do.”

And, as evinced by her having worked with the department on it, Smith supports the social media tactic. “It’s nice and stuff. I think the hope in her case is for somebody to come forward,” she said to the News Tribune; additionally, she told Q13 Fox that she hopes the tweets and posts might renew interest in her daughter's case. “If she’s speaking, shows her pictures growing up, people can relate to that, she was a kid,” said Smith.

Structured as a narrative, the thread begins with information, stories, and photos of Misty, telling the story of her life during those first 14 years. She was born in 1978, which means she’d be 39 years old now. Although her early years were spent in Western Washington, her parents divorced when she was fairly young, so she moved around a lot as a kid. For example, she spent some time living with her grandparents near Spokane:

When she was older, she moved to Spanaway with her mother. She liked sports and played softball, among others:

She wanted to be a veterinarian when she grew up:

And she kept sleeping with her beloved teddy bear even as a teenager:

Then, it turns to the events of Sept. 17, 1992: Waking up, eating breakfast, going to school — and then finally what happened at the fair itself. She wore baggy jeans and a sweatshirt that day:

Her mother initially wasn’t going to let Misty and her friend Trina go to the fair; although she was able to give them a ride there, she had to work that night and wasn't able to pick them up to bring them home. However, the girls convinced her they could take the bus home, so away they went.

Because we don’t know exactly what Misty did at the fair, the details of how she spent her time there are scarce. But we do know that at 8:45 p.m., she missed the bus she was supposed to take home, so she called her mom:

She apparently talked to a bus driver at around 9:30:

And it’s possible that she was spotted walking on Meridianat around 10 p.m., but this detail isn’t confirmed:

In the morning, her mother discovered that Misty had never made it home. Trina wasn’t sure what happened, either:

We’re still looking for her.

Scattered throughout the thread are calls to action. After the biographical information, for example, these two tweets appear:

When the thread starts talking specifically about the events of Sept. 17, 1992, there are these two messages:

And after the tweet describing how Misty told her mom sheloved her when she got out of the car at the start of the fair, there’s this:

Misty is the only person ever to have disappeared from this particular fair in its history, according to Capt. Engles.

The lines are still open, so if you think you might know something that could be useful to the Puyallup Police, call them. Maybe it’s nothing… but maybe it’s something. And something could end up being everything.