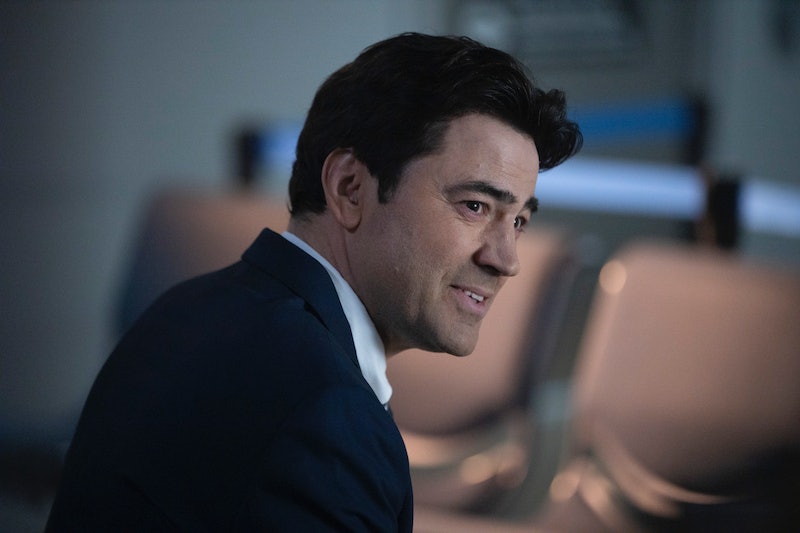 A Million Little Things is wrapping up its emotional and dramatic Season 1 soon, but there are even more questions than answers at this point. Last week’s episode dove into Rome’s feelings of inadequacy with his dad, Katherine and Eddie’s divorce woes, and Gary being the real MVP as he takes care of everyone. But, there’s still no solid confirmation about whether the woman at Barbara Morgan’s address is actually her or a new character. And, her phone call to a mysterious man sparked further intrigue as it left fans wondering who is Mitch Nelson on A Million Little Things and how does he know Jon? There are a million possible answers but a few theories actually make sense.

At the end of the episode, Possible Barbara Morgan™ was sitting in a car outside of Delilah’s house as she installed a car seat. The lady gets a phone call from Mitch Nelson, who basically tells her to stay away from the Dixon family because it will make things worse. She responds by agreeing with him, but also mentioning that Delilah is pregnant. It’s a weird conversation that makes viewers wonder why either of them care about her pregnancy and why this woman is watching Delilah. Unfortunately, all of the answers likely won’t come in the season finale but at least it sets up some intrigue for A Million Little Things Season 2, right? So who, exactly, is Mitch Nelson? Here’s a few possible answers to the next big question: