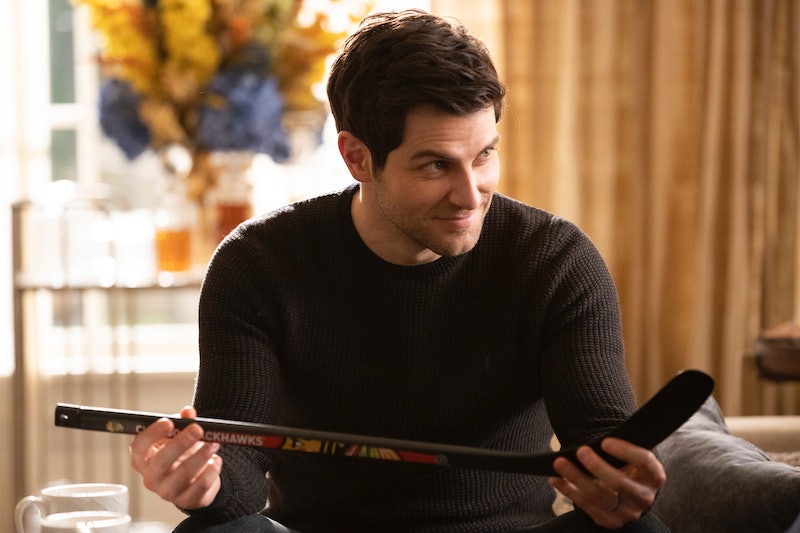 Sorry, Deleddie fans — this one’s gonna sting. Delilah and Eddie seemed like a natural, if adulterous, pairing for this show's best couple, but right now Katherine and Eddie might be getting back together on A Million Little Things. Their divorce proceedings have taken a (kind of predictable) turn into a potential rekindling of their marriage.

Both Eddie and Katherine are doing the acquiescing thing when they meet with their divorce attorney — at least until the issue of guardianship for Theo comes up. Jon and Delilah were originally listed as the people who would take over should something happen to Eddie and Katherine, but given the fact that Delilah and Eddie were sleeping together for who knows how long, Katherine is not into that idea anymore. And now the real feelings are coming out — if you were wondering how Katherine was being so kind to Delilah these past few weeks, trust that there was definitely still some drama between them. She was just good at compartmentalizing.

Anyway, it only takes Katherine getting into a bad car accident and Eddie coming to her rescue to make them both realize that it’s not going to be that easy to erase those feels they’ve had all these years.

One big step forward was that Katherine admitted her role in the disintegration of their relationship — she stopped giving Eddie the benefit of the doubt for anything a long time ago, and she liked to disagree with him just for the sake of doing so. Eddie apologizes, Katherine apologizes, and then Eddie leaves, giving both of them enough time to gaze longingly at a table and the house, respectively, and remember when times were good and they loved each other. Previews for the penultimate episode hint at reconciliation. Maybe.

Let’s just hope that Delilah won’t take it too hard. She is pregnant with Eddie’s baby, and they planned to run off together, and, oh yeah, they actually loved each other. That’s not going to be easy to digest. But the fact of the matter is that Delilah can’t be selfish right now. She needs to take care of her children (including the unborn one that’s growing in her belly), help run Regina’s restaurant, deal with all of Jon’s secrets, find Barbara Morgan, keep the house… she’s busy.

That’s all I’m saying. Maybe she can also find Ashley, since she’s gone MIA and probably holds even more of Jon’s lies in her hands.

Sadly, Delilah and Eddie might be dunzo. He can help with her pregnancy — or say he will — but the fact of the matter is that he has another child and an estranged wife to take care of. None of this is easy, of course, but Eddie and Katherine may owe it to themselves to give it another shot. Or that's at least what the series seems to be going. Relationships are hard, but given their history and their clear affection for each other (that never went away), Eddie and Katherine may give it another go on A Million Little Things.