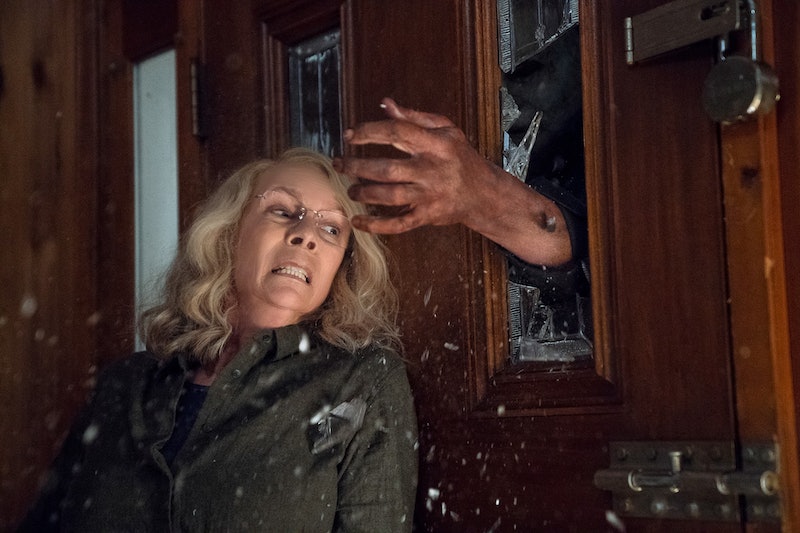 When you have a movie franchise that's been around for 40 years, the sad truth is that not everyone who was involved at the start of the franchise is going to be around to see how the series has evolved today. That's certainly the case with the Halloween franchise, which began way back in 1978 and is now unveiling its eleventh film in time for its 40th anniversary. And in looking to its storied past, the new film is dedicated to a man named Moustapha Akkad. But just who is Moustapha Akkad, and what did he have to do with Halloween?

Akkad was a Syrian film producer and director who was heavily involved in the Halloween franchise. He acted as executive producer (a role for which he was uncredited on the first film, according to IMDb) for the first eight films in the franchise, from 1978 until 2002, which was every Halloween movie made in his lifetime. The eight films consisted of the entire franchise prior to Rob Zombie's 2007 remake, making Akkad the only person to have direct involvement in every film in the franchise pre-reboot. As such, he is considered one of the most important figures in the franchise, and it's no surprise the new film is dedicated to his memory. In fact, the 2007 reboot was dedicated to him as well, according to Al Jazeera.

In addition to his involvement with the Halloween movies, Akkad also made some films about Islam and the Middle East in the hopes of fostering better relations between Eastern and Western culture. He both produced and directed the 1976 film The Message, a biopic about the prophet Muhammad starring Anthony Quinn as Muhammad's uncle Hamza. The film earned an Academy Award nomination for Best Score. He produced and directed another Quinn-starring historical drama in 1981 called Lion of the Desert, which was about the twentieth century Libyan rebel Omar Mukhtar. He also produced two more non-Halloween films in the 1980s: The goofy 1986 comedy Free Ride, and the 1985 supernatural slasher horror Appointment with Fear.

Akkad's life was tragically cut short in 2005 when he was killed in the terrorist attacks on Amman, Jordan. On the morning of Nov 9, 2005, bombers claiming to be members of Al-Qaeda in Iraq set off explosive devices at three hotels in the Jordanian city: The Grand Hyatt, Radisson SAS, and Days Inn. 60 people perished in the attacks, and another 115 suffered injuries, according to The Jordan Times. Akkad, 75, had been in the lobby of the Grand Hyatt with his daughter, Rima Akkad Monla, at the time of the explosion. They were both killed in the attack.

In addition to the tribute in the new Halloween, Akkad's spirit lives on in the film through his son, Malek Akkad. Malek has co-produced every film in the franchise going back to 1995's Halloween 6, and he was again involved in the production for the new film. For Halloween fans, Moustapha Akkad may be gone but he'll never be forgotten, and his presence is assuredly felt in the franchise's newest installment.